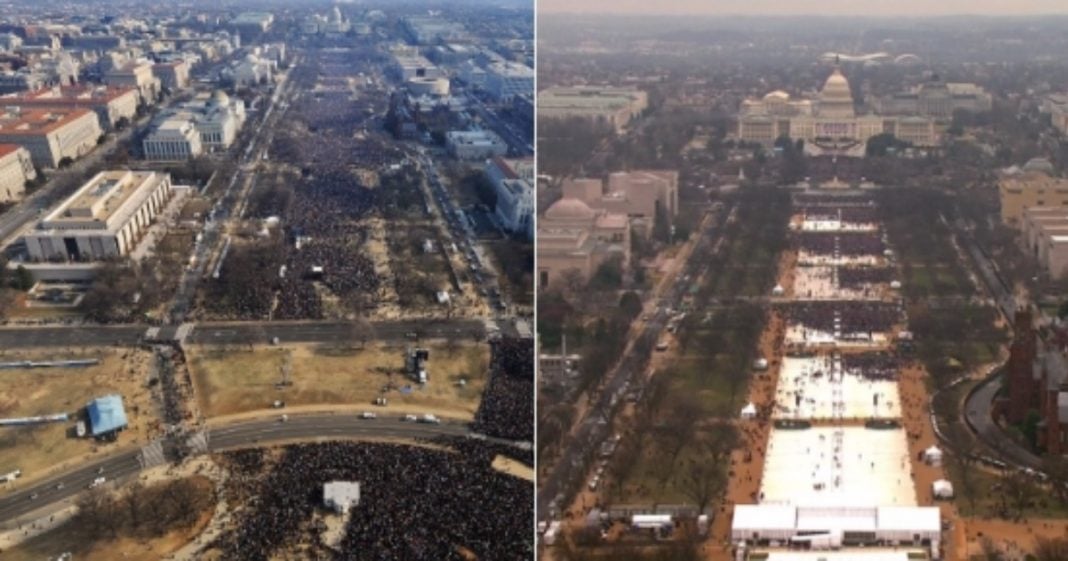 We knew that President-elect Trump was set to be the most unpopular winner of the presidency in American history, but we didn’t really see the scope of that difference until the crowds began showing up – or not showing up – for Trump’s inauguration today.

Looking around the internet, it is easy to see a stark difference in the amount of enthusiasm for Obama that is clearly absent for Trump.

Here are two photos to contrast:

The crowd size comparison, from 2009 and today. pic.twitter.com/iMYZy9PRK8

Trump-backers will no doubt have an excuse for this abysmal attendance, just like they did about the abysmal interest from musical artists in performing at Trump’s Inauguration-eve event.

But the truth is clear and easy to see: the support just isn’t there.

Remember this later when Trump lies about having the biggest crowds in American history – the crowd was small, white, and insignificant. If you are looking for big crowds, look at the ongoing protests across the city, or wait for tomorrow when you will see a historic national outpouring in cities across the country to support women and oppose the new president.