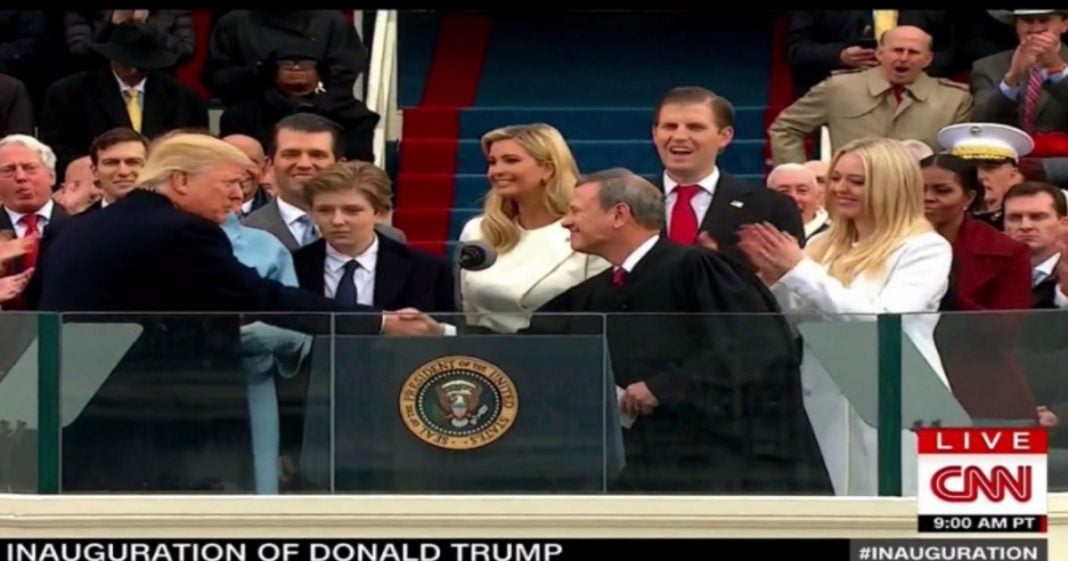 The two were sworn in by Supreme Court Justice Clarence Thomas in front of a modest crowd.