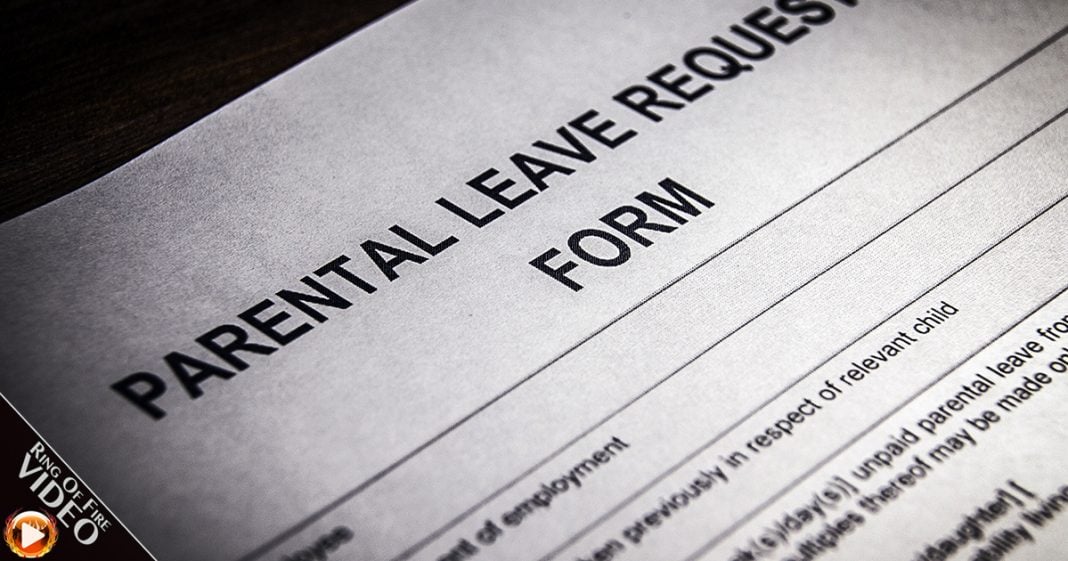 Democratic lawmakers in the state of Washington have drafted a family leave plan that would give workers paid leave for up to 6 months for things like childbirth, a death in the family, or to care for a loved one.  This would be the most progressive and generous paid family leave legislation in the history of the United States. Ring of Fire’s Farron Cousins discusses this.

Legislators in the state of Washington are putting together legislation that will create one of the most aggressive and progressive family leave plans in the country. Democrats in the state are working on legislation that would provide up to 6 months of paid family leave for things like having a new child in the family, caring for a sick family member, dealing with a death in the family. That also would include, this legislation would include an additional 12 weeks to overcome a serious illness on behalf of the employee. The benefits for this pay based on calculations on the state’s wages and so on would be capped at $1,000 per week so 6 months on that obviously you’re looking at about $26,000 which is, again, the most progressive the most generous paid family leave plan in this country should it pass.

Currently only 2 states allow as much as 12 weeks of paid family leave. Additional 2 states only allow up to I believe about 6 weeks. Again, we’re talking about the state of Washington trying to roll out one of the most progressive and family friendly paid leave time laws in this country. Here’s why this is such a great thing, the Democrats in Washington who have put forward this legislation or are currently drafting this legislation are taking a page out of the GOP playbook.

Think about this, when Republicans wanted to kill unions across the United States public sector unions they started in Wisconsin with Scott Walker going after the teachers unions. When they saw that they could be successful there they began spreading that to other states, Ohio, North Carolina and so on. That’s how they do it. When they wanted to start with voter disenfranchisement, not voter id laws, voter disenfranchisement they started in the state of Florida. They saw that that worked, that they got away with it so again they go to other stages, again specifically North Carolina and Ohio and Pennsylvania and Wisconsin. That’s been Republican playbook for a decade now.

When you want to do something on a national scale you’ve got to start small to see if you can get away with it, to see the public response. Yeah the public response to things like killing public sector unions and voter disenfranchisement was horrible but it was successful. That’s what we’ve also seen Democrats to with minimum wage laws. They start in 1 city, it works, they get good economic statistics, they can show people that it created huge economic growth so it moves to the next city and the next and the next. But do you see the difference here? Republicans are using the states as laboratories to see how much of our rights they can strip from us. They want to strip away our right to join a union, they want to strip away our right to vote versus Democrats at the state level, because God knows the ones in Washington DC have lost touch with this, at the state level we’re increasing minimum wage. We’re trying to give people more paid family leave so they can take care of their family and themselves.

There is such a huge difference right now not only in the 2 parties but in the individual parties in the states versus what’s happening in Washington DC. Do you think there is a single law maker in Washington DC with the exception of Bernie Sanders or Elizabeth Warren who would ever put forth a family leave build that would provide 6 months of paid family leave? If you can think of one please shout the name out because I can’t. I’ve been following these people for more than a decade and it’s the states right now, especially since we do not have the US House, we don’t have the Senate and we don’t have the White House. It’s the states that have to pick up the progressivism that most American agree with Republican or Democrat.

Republicans do like these ideas when they see them in action and see that they work. That’s why what’s happening in Washington state right now with this paid family leave bill is so important. Because if we can show that it works in Washington it is going to spread around this country like a wildfire.