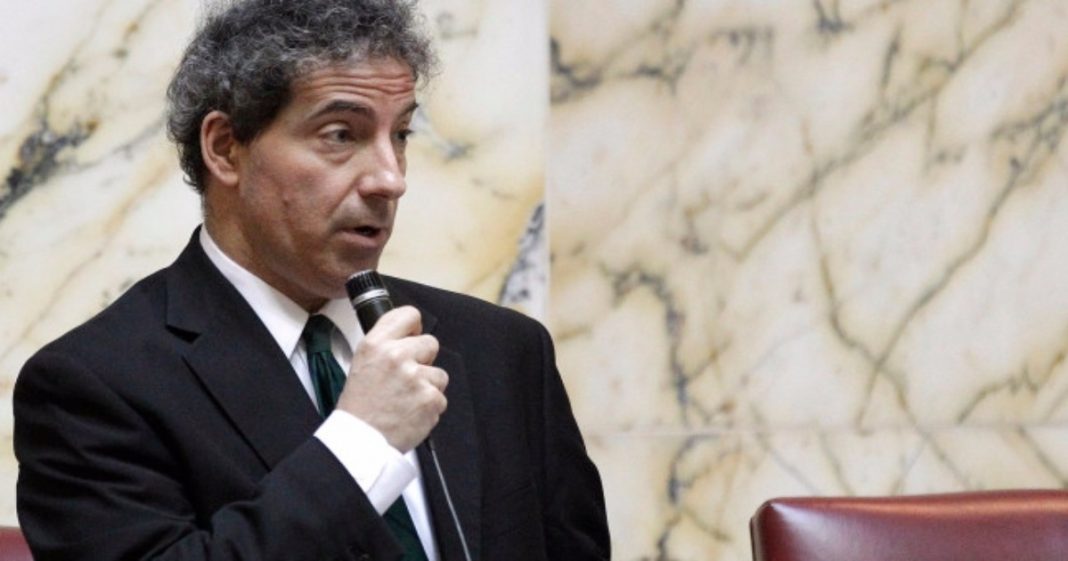 While some on the left are hoping that liberals will give Donald Trump a chance, others have already made up their mind based on Trump’s post-election actions and are preparing to begin the process toward impeachment on day one.

Speaking with The Young Turks, newly elected congressman Jamie Raskin of Maryland says that immediately, he and others should begin working toward impeaching Trump based on his various conflicts of interest and violation of the Emoluments Clause.

“Right now it looks pretty obvious that he’s on a collision course with the Emoluments Clause,” he noted. “He has refused to divest himself of tens or hundreds of millions of dollars of business interests he has around the world doing business with foreign governments.”

Raskin is correct that as of yet, Donald Trump has skirted the questions regarding his significant business interests. Some, he has agreed  to give to his children, while others he has agreed to put into a blind trust. But he has not yet come anywhere close to accounting for all of his business investments, and even the solutions he has proposed are ethically questionable.

If anyone is to go after Trump for his ethical and legal violations, it is Raskin, who before he was an elected official, was a constitutional law and legislation professor at American University in Washington, D.C., and the director of the university’s Program on Law and Government Leadership.

“The reason that we have a constitution of the United States is because we believe in the rule of law, and it’s not all about what [Trump] thinks he can get away with, with the 36 or 38 percent of the people who support him. The vast majority of people don’t support [Trump] but even if they did, it wouldn’t make any difference if he’s violating the constitution of the United States.”

Raskin is absolutely correct to begin Trump’s presidency with such a tone. If the president will not respect the office he holds and the people he represents, it is up to us to force him to follow the rules or get out of the way.

Listen to our commentary on whether or not Trump should be impeached from Ring of Fire Live here: