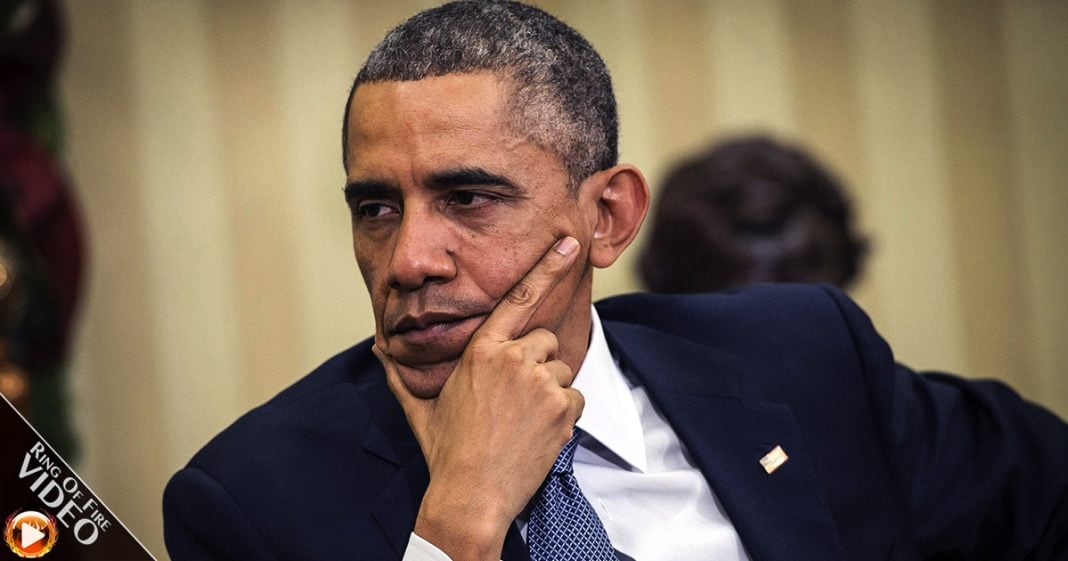 President Obama is just hours away from becoming a private citizen again, and so it is the perfect time to look back on what he accomplished during his 8 years in office and what he failed to do for the American people. Ring of Fire’s Farron Cousins discusses this.

Well, President Obama’s term is at an end, so I think now is obviously a good time to look back at what we have seen from President Obama over the last eight years. Now, I want to start by saying something that I have said repeatedly, and that is that I truly believe that President Obama, as far as any president of the last 50 years goes, with the exception of maybe Jimmy Carter, is truly a good, good person, Jimmy Carter being the other one who was obviously truly just a good person at heart. Obama has been scandal-free. There have been no accusations of any kind of sexual escapades, no doubt that the man is a good husband, a good father. He is truly a good person.

Now, having said that, he has made a lot of mistakes as President in terms of staying in touch with the people, with the Progressives, with the people who put him in office, with the young voters and everything like that. He has not taken on Wall Street, and again I can’t say, “He has not.” He did not. Time’s up. It’s over. Wall Street is just as corrupt today as the day that President Obama came into office. We are no closer to gun control today than we were on Obama’s first day, than we were after the 200 school shootings that took place between 2013 and 2016. Nothing was done. Things were attempted. Big speeches were given. Tears were wiped away from eyeballs and that was about it. We never saw real action. The same goes for climate change.

President Obama talked a big game, more so than any other president in history, and then really, when you look at it on paper, did nothing. Any environmental gain we made under President Obama was negated by the administration’s reliance on fossil fuels and their willingness to give fossil fuel companies everything they wanted. The Clean Power Plan, probably the most ambitious environmental agenda ever pursued by an administration, was immediately negated by Obama administration leasing out new areas for coal exploitation. The amount of coal that will come out of those new leases is enough to emit enough carbon to completely obliterate any gains that would be made under the Clean Power Plan, according to analysts.

Really, his signature thing that he accomplished was the Affordable Care Act, and today, for the last couple of weeks, for the last few years really, Republicans are trying to dismantle that. Why? One, because it was put in place by a Democrat and, two, because they want to give 400 families in the United States a tax break because that’s the only thing that repealing Obamacare will do in addition to kicking tens of millions of people off of their health insurance, it’s going to give 400 wealthy families a tax break, and that is enough to make the Republicans want to repeal it.

He’s done some good things. The recent commutation of Chelsea Manning’s sentence was a good thing. The fact that he ignored Don Siegelman, did not give him a pardon, still bothers me. This was a man who was politically targeted by Karl Rove for selective prosecution for something that wasn’t even a crime because they wanted to take back the governorship of the state of Alabama. That’s why Don Siegelman is sitting in prison. I know he gets released in a few months anyway. Obama still should have issued a pardon to get this man out of prison. He never belonged there in the first place.

The list of disappointments could go on, but when you look at what we have coming to replace Obama, Donald Trump, it’s easy to look back at Obama and say, “There was a good man, a good president.” To be honest, that’s unfortunate. We need to look at Obama for what he was. He was a good man. He was a mediocre president, but because he has such a horrible person coming in behind him who is undoubtedly going to be one of the worst presidents in US history, Obama is going to get the benefit of being compared to him, so he’s going to go down as a great president simply because the guy that came before him and the guy that came after him are going to go down as two of the worst presidents in United States history.