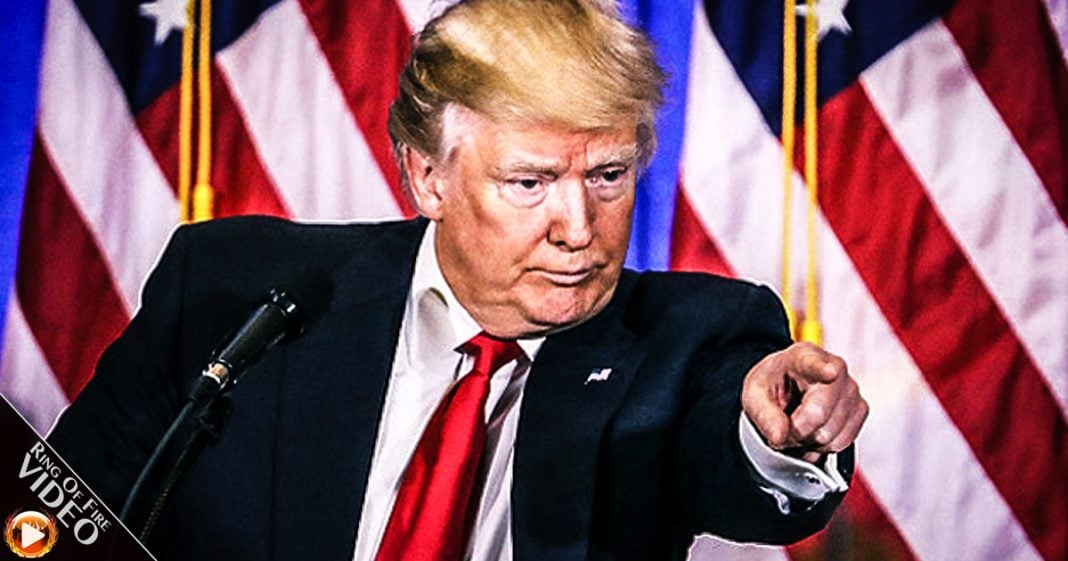 Nobody likes Donald Trump. If you need hard evidence, just take a look at the fact that Donald can’t seem to get anyone to want to attend his inauguration, and even ticket scalpers are complaining about their loss of revenue for the event. Ring of Fire’s Farron Cousins discusses this.

If you’ve been paying attention to the media for the last week and a half, you probably know that Donald Trump is having a lot of trouble lining up entertainment for his inauguration. Even the Bruce Springsteen cover band that was supposed to play has now dropped out and instead they’ve managed to get 3 Doors Down. If you’re from the 90s, you might remember them for that one song they had that was popular. But they agreed to play. You got a couple marching bands around the country that are going to go play at the inauguration because it’s good for the school, not because they support Donald Trump. Right now, as of this very second, 31 sitting Democrats in the House and Senate have said that they will not be attending the Donald Trump inauguration. Now, that’s all well and good. Entertainment, Congress people, but hey the general public can actually still go to this thing. Unfortunately, nobody wants to go.

Scalpers across this country, mostly on the eastern seaboard, who purchased tickets in advance to the inauguration, are now having trouble getting people to buy them even below face value. People are willing to sell these inauguration tickets for a loss and they still can’t get anyone to purchase the tickets. Raw story, had a story this morning talking about the fact that scalpers are desperately trying to unload the massive amount of inauguration tickets that they’re holding and they just can’t, because nobody wants to go to Donald Trump’s inauguration.

Now this guy, Donald Trump, is one of the most braggadocios, narcissistic people to ever win the presidency of the United States. The fact that the public is already rejecting him before he even takes office is wonderful. This is exactly what his ego needs right now, a reality check. The reality check is that nobody likes him. He is about to be sworn in as the least popular president in the history of presidential polling. Least popular ever. The Women’s March that is going to take place congruently with the inauguration already has 1200 buses scheduled to bring people in. The inauguration, I think, it’s 200 buses. There’s going to be six times more people at the Women’s March than there will be at Donald Trump’s inauguration.

Again, this is exactly what his ego deserves. When you’ve built your entire life around putting other people down, screwing other people over, not paying your workers fairly, telling half of this country that they’re idiots or that they’re stupid, calling legitimate news outlets fake news, this is what you get. Donald Trump has lived his entire life without consequences and now, even though he’s won this highest office in the land, he is at least going to face some consequences in the form of public backlash and that is exactly what’s happening with the fact that nobody wants to see this man get sworn in as president.