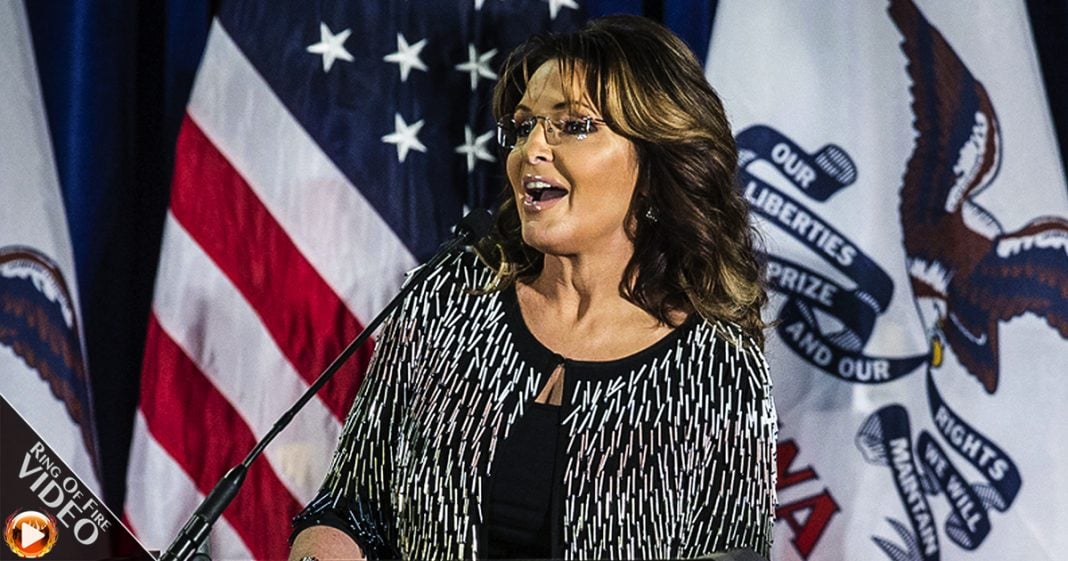 It has been one year since Sarah Palin gave a rambling, incoherent speech where she officially endorsed Donald Trump for President, and that speech itself was a perfect preview of what we could expect from both Trump and his supporters. Ring of Fire’s Farron Cousins discusses this.

A lot has happened in the United States in the last 12 months, but I want everybody to take a moment here and remember that one year ago today, this happened…

Sarah Palin has given a lot of speeches in her time. She’s done a lot of videos online. Most of them made absolutely no sense, but what we just saw in that video from Sarah Palin was about the equivalent of a word salad that had been regurgitated and then kicked all across the room. Nothing made any sense. A lot of those things she said weren’t even actually words, let alone sentences, but here’s the thing. That incoherent endorsement of Donald Trump actually helped him win this election.

When you look at this, when you look at the people who got excited about those non-words that she was saying, how could Hillary Clinton possibly lose the election? I don’t care if Hillary Clinton did come out and say that she personally did the Benghazi attack. She still should have been able to defeat these numbskulls and she wasn’t. Sarah Palin’s little speech there became the standard for Donald Trump. It was that kind of rambling nonsensical tirade that became the standard for the Trump campaign. That’s what we’re still seeing from Donald Trump and his supporters today.

Do you know why it works for these people? Because it was nothing but buzzwords and gibberish. You don’t really have to put a lot of thought into what Sarah Palin’s trying to get across there. Yeah, she didn’t say it very eloquently but she’s trying to say that oh yeah Donald Trump is just a guy who’s going to take on people that are making your life bad. That was the bottom line of what she said. That’s what she claimed herself she did in the 2008 election that she managed to lose for John McCain. That’s what Donald Trump is, a nonsensical cartoonish type character, essentially at this point a caricature of himself. That’s what Trump voters like. That’s why Donald Trump won the election.