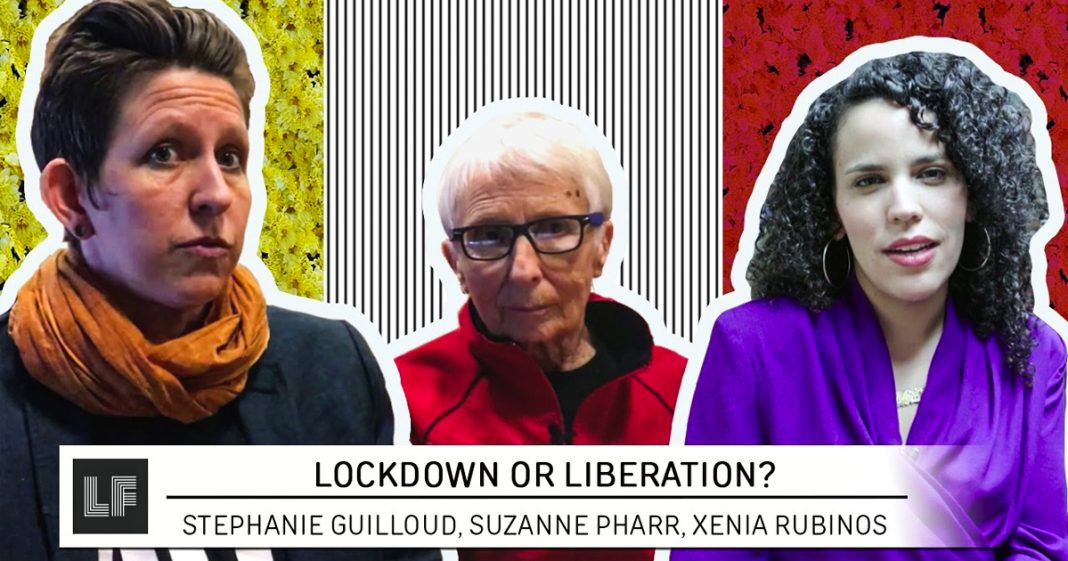 If we’re going to liberate anyone in the era of Trump, we’ll have to start looking where we haven’t looked before. Or so say our guests this week, radical Southern activists Suzanne Pharr and Stephanie Guilloud, who spoke with Laura at Facing Race in November 2016, just days after the election. Through their movement work in the South, both have seen, and built, ground models for equitable, democratic, and defended communities.

Pharr, a movement hero, was the former head of the Arkansas Women’s Project and the Highlander Center, the movement training school that graduated among others, Rosa Parks and Dr. Martin Luther King. Pharr was also one of the founders of Southerners on New Ground (SONG), a group that Guilloud came up through. Now Guilloud co-directs Project South, which has been part of a Southern Movement Assemblies process seeking to build local governance since Hurricane Katrina.

Also in this interview, breakout Latinx singer/songwriter Xenia Rubinos meets us at Tonita’s Social Club (found in Williamsburg, Brooklyn). Tonita’s Social Club is playfully called the last “social club” of its kind, a venue where seasoned neighborhood locals — most of them Dominican and Puerto Rican — come to meet the block’s recent young hip transplants. Regularly featured on 2016’s Best Album lists (NPR, Remezcla, Pitchfork), Xenia talks about her own version of looking at unseen places and how it is featured in her song “Mexican Chef,” a song about the back of the restaurant meeting the front. For more of Xenia’s music, visit xeniarubinos.com.