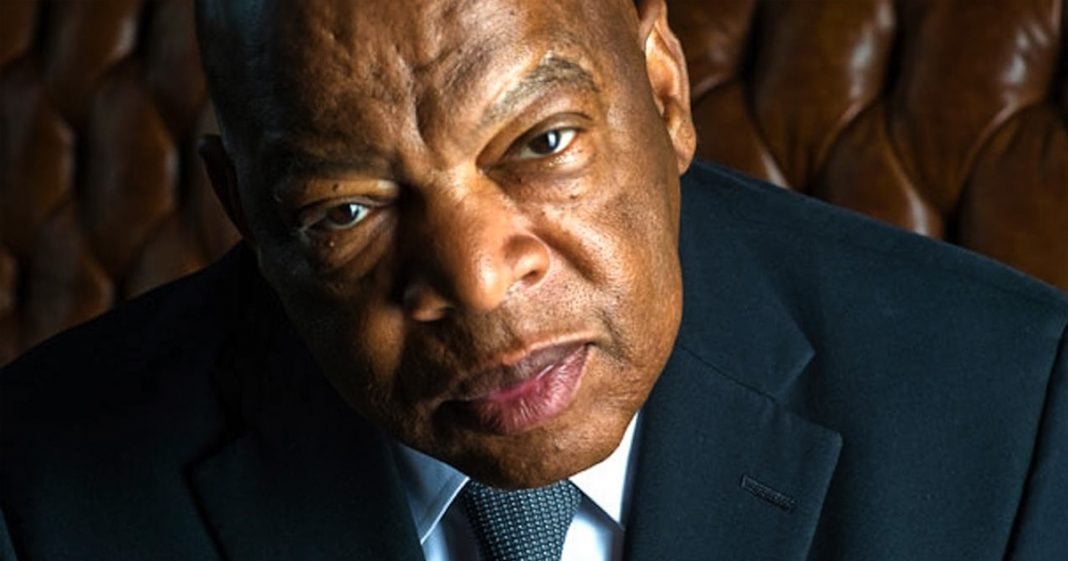 In this Majority Report clip, we watch Rep. John Lewis on “Meet the Press” with Chuck Todd. Lewis announced during this segment that he did not plan to attend Donald Trump’s inauguration, the first time that he would miss an inauguration in his 30 years as a congressman. His decision not to attend the inauguration started a boycott that now includes nearly 50 Democratic congresspeople. Donald Trump, of course, responded by bashing Lewis, a civil rights hero, on Twitter.