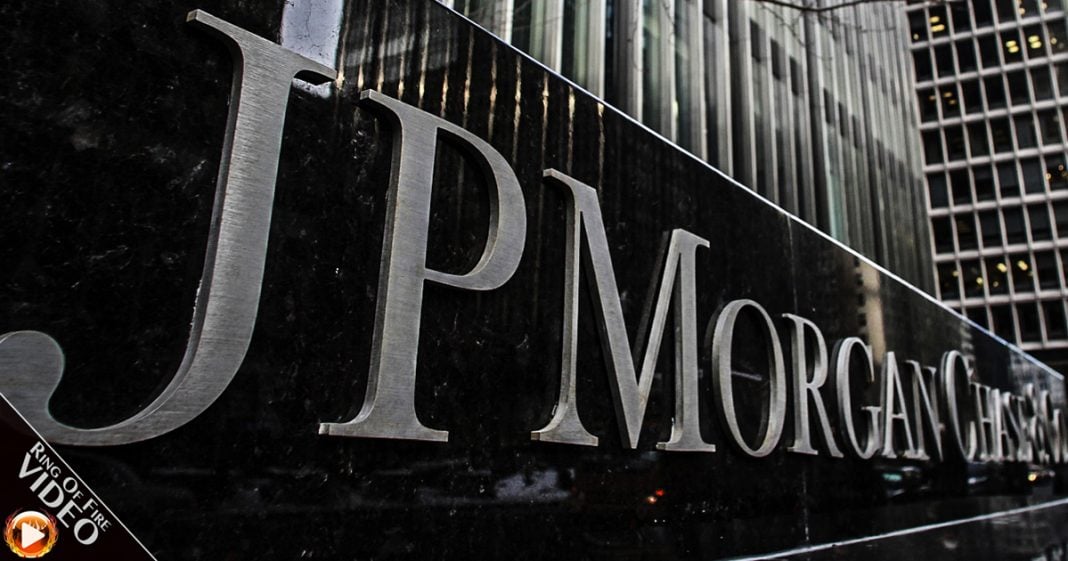 The US Attorney in New York has filed a lawsuit against JP Morgan for charging higher interest rates to people of color, a major contributing factor to the mortgage crisis of 2006 – 2009. Ring of Fire’s Farron Cousins discusses this.

This morning, while most people were paying attention to whatever the hell Donald Trump decided to tweet, today the US government, specifically US attorney’s in New York did something incredibly positive for the United States. This morning, US attorney in New York filed a lawsuit against JP Morgan Chase bank for housing discrimination against African Americans and people of color.

Now what JP Morgan did, according to this lawsuit, was anytime a black person came in, wanted to get a loan for a home, statistically side by side, they would charge the people of color a much higher interest rate than they would white people. That is expressly against the law. The US Fair Housing Act and Equal Credit Opportunity Act expressly forbids that practice.

JP Morgan knew that. They know the law and they said, “To hell with it. We’re going to charge these people, who we think won’t even be able to pay it, more money than we charge white people.” What happened as a result? Exactly what JP Morgan wanted to happen. These people who were paying these astronomical mortgage rates ended up losing their homes because they could not afford to continue paying as these interest rates went up and up and up.

They did nothing wrong. They were profiled because of their race. Had they been given the same opportunity, the same interest rates that the bank was giving the white people, there would’ve been no problem. The bank still would’ve made money and these people would’ve kept their homes, kept their livelihood going. Instead, JP Morgan did this intentionally knowing that these people would end up defaulting on their home loans and then JP Morgan could come in, scoop up that home as a foreclosure, sell it for a massive profit.

You know when this took place? 2006 to 2009 during the mortgage crisis. This was actually one of the driving forces of the mortgage meltdown in the United States when banks like JP Morgan decided that for some reason, they don’t like people of color. “We’re going to make them pay more because we know they’re not going to be able to. Then we take their houses, we make a ton of money. Who’s with me on this?”

That is the mentality of a US Wall Street bank today. Do you know why they still have that mentality? Because they keep getting away with it and that’s why this lawsuit, brought by the US attorney in New York is such a positive thing. It’s time for these bankers to pay and I don’t mean financially. People need to go to prison. That’s what happens to the rest of the general population when you break the law. You go to jail.

I would love to see this attorney say, “You know what? We’re going to forgo monetary damages. This isn’t a civil case anymore. This is a criminal case. We’re going to put people on trial and hopefully we’re going to put people in jail.” That’s what we need to see from this lawsuit. That’s what needs to happen because until that, until we put a banker behind bars, until we put them in a striped jumpsuit on a chain gang, they’re just going to keep doing the same thing over and over again.