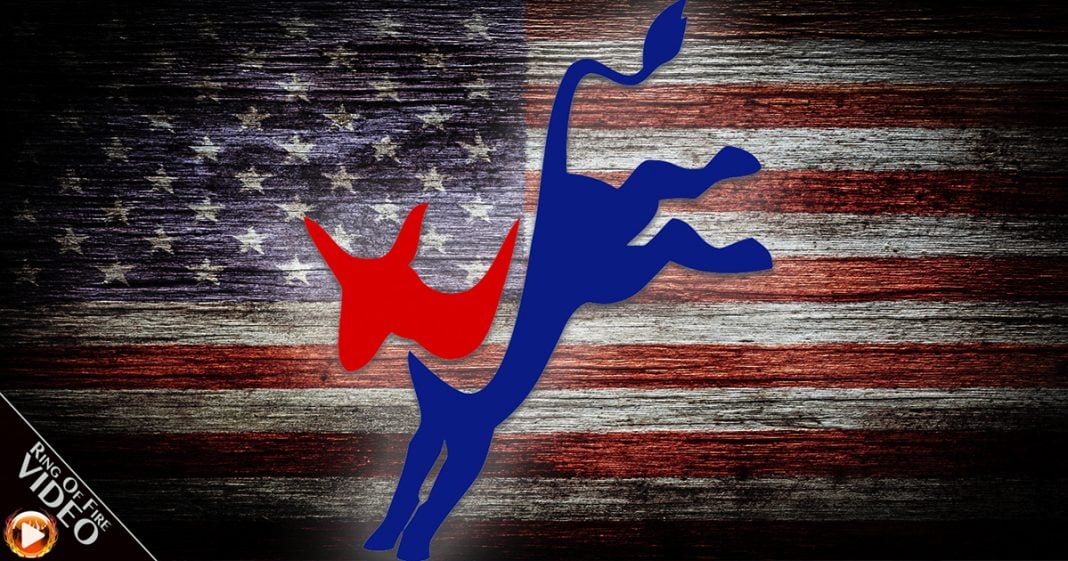 Third Way, a centrist Democratic think tank, is launching a $20 million campaign to find out why the Democratic Party lost the 2016 election.  Here’s a hint – Third Way played a big role in that loss! Ring of Fire’s Farron Cousins discusses this.

The centrist, left leaning think tank, Third Way, have announced that they are launching a 20 million dollar campaign, mostly for research purposes to find out 1) Why the Democrats lost the 2016 election, and 2) Figure out how they can reconnect to American voters in the Rust Belt portion of the country that used to be solidly blue. They called it the Blue Wall. Today it is solidly red. It is a Republican stronghold.

Third way, I have a couple of suggestions for you. First of all, the reason the Democrats lost the 2016 election, the reason we’re losing those Rust Belt voters, is because of groups like you. Groups like you that think it’s okay to take money from Wall Street, when Wall Street is ripping off Mom and Pop investors, sending people to the poor house, taking their houses over 92 cents in back payment. That’s a problem. Your image is a problem when you think it’s okay to coddle these Wall Street banks that are screwing over people.

The same thing goes with the fossil fuel industry. You’re taking money from them and then telling us we got to do something about climate change. Yeah, the first thing we need to do about climate change is stop taking money from the oil companies. The same is true for every other industry. You guys coddle big pharma, you take their money and they raise prices on American consumers and screw us over every time we go to the pharmacy.

That’s your problem Third Way, that’s why you lost the 2016 election. That’s why you’re losing the Rust Belt. Hell, you don’t need to spend 20 million dollars on a campaign to figure that out. Give me half of that, because I just answered all your questions. Furthermore, you might want to think about giving the other half of that money to Bernie Sanders because he has laid out the issues perfectly. The Democratic Party lost because they are too obsessed with holding fundraisers and meeting with donors and taking corporate money, than they are listening to the needs of the American people.

Donald Trump conned a large part of this country. They honestly believed that he was the candidate who had their best interest at heart. It turns out a lot of them have already realized that he was conning them and they fell for it and they’re mad. But, we have to live with the consequences of those voting behaviors that ended up putting Donald Trump into the White House, even though he lost the popular vote by almost three million votes. That’s what these Third Way Democrats and the Center for American Progress and David Brock and Neera Tanden and all these other people still don’t get.

If you want to be a party that gets the majority support of the people, start talking to those people. Find out what their concerns are. Find out how you can fix those problems and then run for office, with ideas. Don’t pay lip service to these people and say, ‘Hey, I know you need healthcare. I’m gonna get you healthcare. I got to go to Pfizer’s fundraiser now though, so you guys take care.’ That doesn’t work anymore. It should never have worked and to be honest, it never did work for you. You have to address these people. You have to listen to them, and more importantly, you actually have to care. You can’t act like it any more.

There you go, Third Way. Go ahead, send me a check, some of that 20 million. I’m not asking for all of it, but I just laid out all your problems and it didn’t take much time either. You know why? Because, like most progressives, we’ve actually been paying attention to the entire country for the last few years.