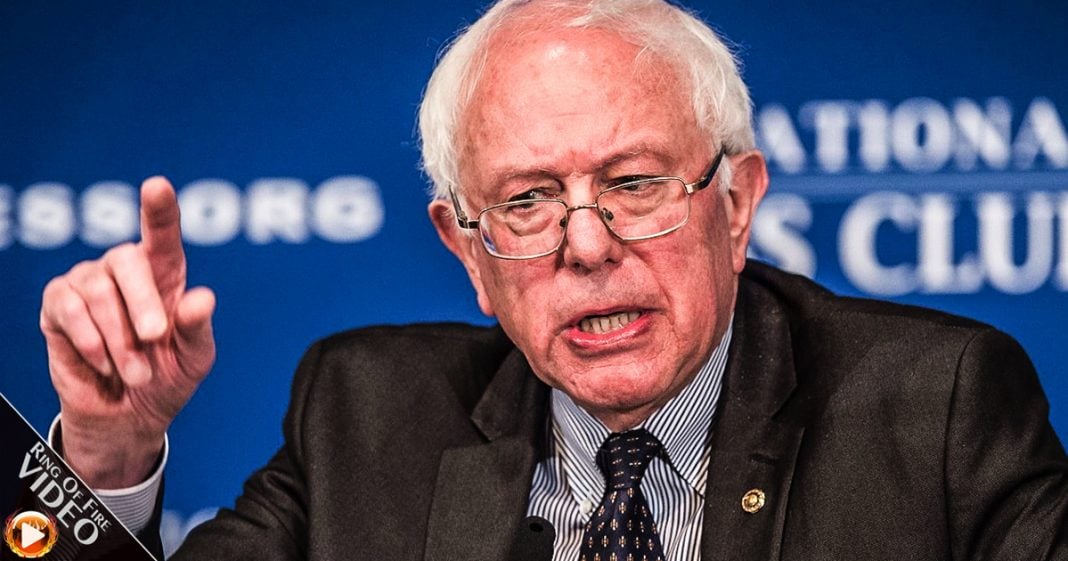 After last week’s defeat of an amendment that would have allowed the importation of cheaper prescription drugs from Canada, Bernie Sanders has decided to put forth legislation that will finally allow Medicare and the government to negotiate drug prices for Medicare recipients. While not as far-reaching as last week’s amendment, it is a great start for needy Americans. Ring of Fire’s Farron Cousins discusses this.

Last week democrats in the senate were dealt a crushing blow when 13 corporate owned democrats decided to vote against an amendment put forth by Senator Klobuchar that would’ve allowed the United States to import cheaper drugs from Canada. By now everybody is familiar with that story. You know who the heroes are and you know who the villains are.

Here’s the thing, Bernie Sanders, who played a large part in last week’s legislation, he was a big supporter of it, cosigned it with Klobuchar. Yesterday, Tuesday of this week, Bernie Sanders says he’s going to give these democrats another shot to do the right thing. He has announced that he’s putting forth legislation that will allow Medicare and the government to negotiate drug prices for Medicare recipients in the United States.

Bernie Sanders is trying to change that. It’s not going to be a part of the Affordable Care Act. It’s going to be a separate piece of legislation that’s going to say, “You know what? We know all Americans are hurting from the increase in pharmaceutical prices in this country.” It’s a big step to try to get a universal thing, so let’s start with the most vulnerable and that is the elderly.

A majority of people on Medicare are on Medicare because they cannot afford private insurance. Some of them do have very small private insurance policies along with Medicare, but Medicare essentially was created and is still around because it’s a insurance program for people who otherwise cannot get insurance. These people typically do not have a lot of money and so they’re still paying these astronomical prices for pharmaceuticals. Bernie Sanders understands that. He understands that we need to take care of our aging population. We can’t just say, “Well, sorry you don’t have much of a pension. Sorry you’re living off an $1,100 a month Social Security check, but you’re still going to have to pay $600 of that $1,100 monthly income on an EpiPen in case you get stung by a bee or eat a peanut if you have an allergy, or a strawberry.”

That’s not fair to these people who worked their entire lives and through whatever circumstances weren’t able to pay into a pension, or maybe they did. Maybe they did pay into a pension and greedy Wall Street bankers screwed them over and lost all their money illegally and then paid no price for it. There are different circumstances, different situations, for every single elderly person in this country. You cannot pigeonhole them, you cannot say, “It’s because you screwed up.” Hell no, it’s not.

Some people aren’t born into privilege and some people never make it into privilege. That doesn’t mean that they’re not hard working Americans. That doesn’t mean that they haven’t worked every day of their lives and struggled every day of their lives to take care of their children and create a better life for them. It’s time for us to take care of them. It’s time for us to follow Bernie Sanders’ lead. He forgivingly is giving these democrats in the senate a second chance to lower drug prices for at least a portion of the US population. If they screw this up, if they do not go through with this, if they vote against this much needed measure, if they send the big middle finger to senior citizens in America, then we need to make sure that everybody who votes against this that this is their final term in office.