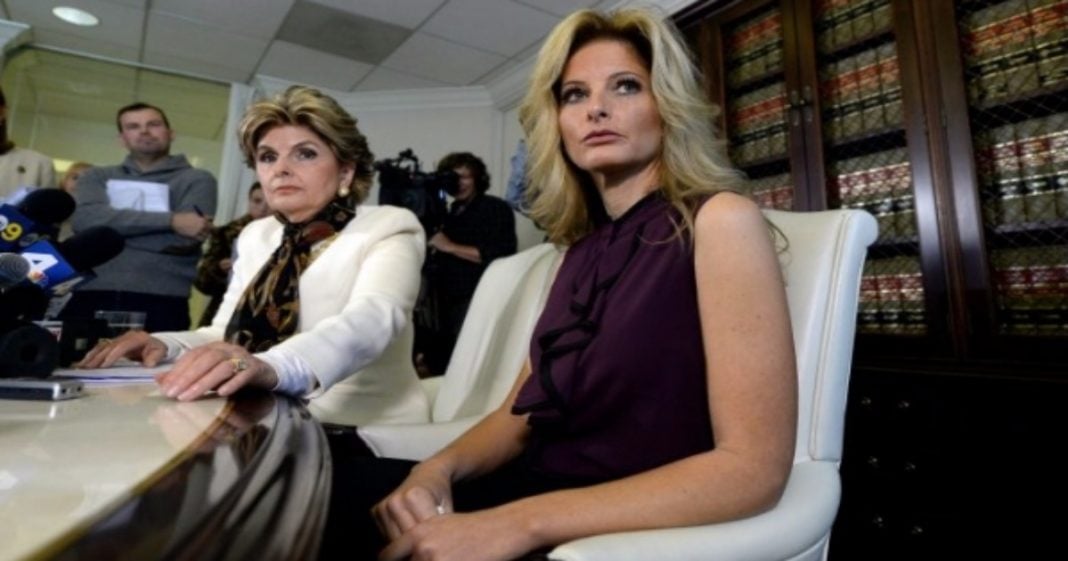 Many expected that when Donald Trump won the White House, all allegations of sexual assault and impropriety would have quietly died down and disappeared.

Gloria Allred is here to say that’s not true.

In fact, her client, former Apprentice contestant Summer Zervos is lodging her case against the President-elect today, just days before he is to be sworn into office and become the President of the United States.

Zervos was of the many women who came forward in the weeks after Trump’s Access Hollywood tape went viral, and though many others have gone quiet since November, Zervos committed to making her voice heard.

This time, Zervos is suing Trump for defamation, claiming that he purposely denigrated her and other women who accused him of inappropriate touching in order to protect his own image. Trump may have been able to make the other cases against him disappear, but as Bill Cosby is learning, Gloria Allred and her clients are not to be silenced.

On Tuesday, Allred held a press conference to discuss the impending lawsuit, revealing to the press that the suit had been filed in New York that morning.

According to the Daily Beast:

“[The suit claims] Trump “knowingly, intentionally, and maliciously threw each of these women under the bus,” and that repeatedly calling them “liars” in public has caused great distress. The lawsuit calls upon Trump to either admit his “sexually inappropriate behavior” or fight them in court and explain himself.”

Though the lawsuit has been filed, there is a possibility that Trump will not have to face the allegations, depending on the discretion of the court.

Though there is legal precedent which allows a sitting president to be sued, the law also leaves it up to the court to decide if the suit is controversial enough to distract from actual presidential duties. Basically, if the suit causes too much damage to the office of the president or distracts the president too much, it doesn’t matter what the litigants have faced, the suit will be thrown out.

Still, Allred and Zervos appear to have taken all the right steps to create a real case here, including having Zervos take and pass a polygraph test.

Despite the damages Zervos claims, she says she is willing to drop the entire lawsuit with no damages paid at all if the President-elect will merely admit that she is telling the truth – fat chance there.