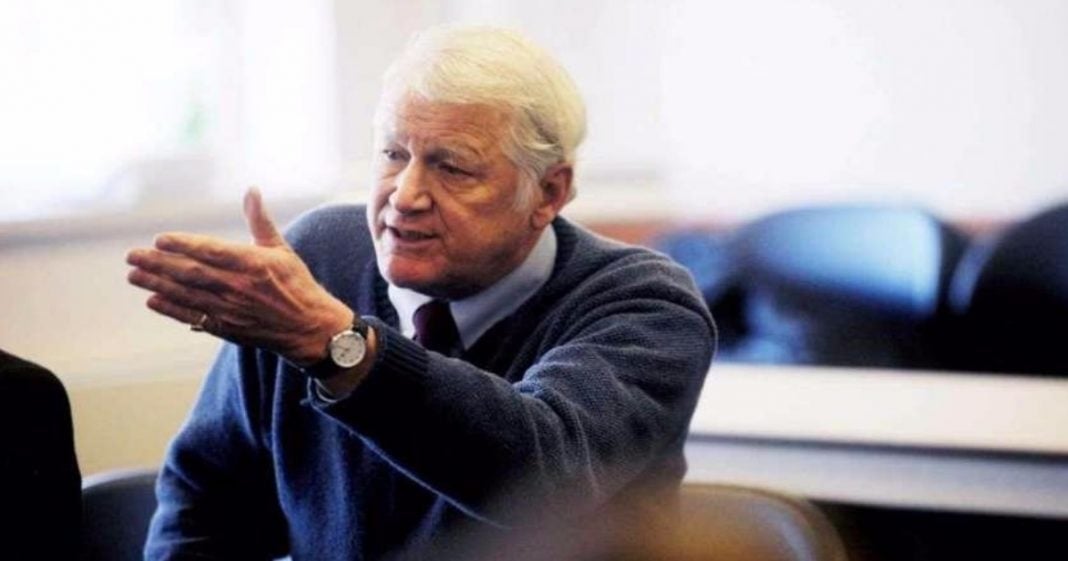 A despicable man was arrested last Wednesday after brazenly sexually assaulting a woman who was arguing with him in a local Town Hall.

Connecticut politician Christopher von Keyserling, 71, was arguing with a woman in the Greenwich Town Hall last week when he declared,

“I love this new world, I no longer have to be politically correct.”

When the woman, 57, attempted to leave the interaction, von Keyserling grabbed her by the genitals, Trump-style, and told her that no one would believe her if she told.

The sexual predator was then arrested and charged with fourth-degree sexual assault, a misdemeanor. Von Keyserling’s lawyer defended his actions, saying that the action was “playful,” and “jocular.”

“In almost 30 years of practicing law in this town, I would say Mr. von Keyserling is the one person I would never suspect of having any inappropriate sexual predilections. There was a playful gesture, in front of witnesses. It was too trivial to be considered anything of significance. To call it a sexual assault is not based in reality.”

How the attorney can pretend that grabbing anyone’s genitals in a work or government setting is anything but assault is complete delusion. And clearly, if this woman felt that von Keyserling’s action was playful, she would not have alerted police.

For Joe Schmoe to declare, “grab them by the pussy,” in homage to Trump is one (gross) thing, but for an established politician to assault a woman in a public building and pretend he is just playing – that’s Trump’s America.