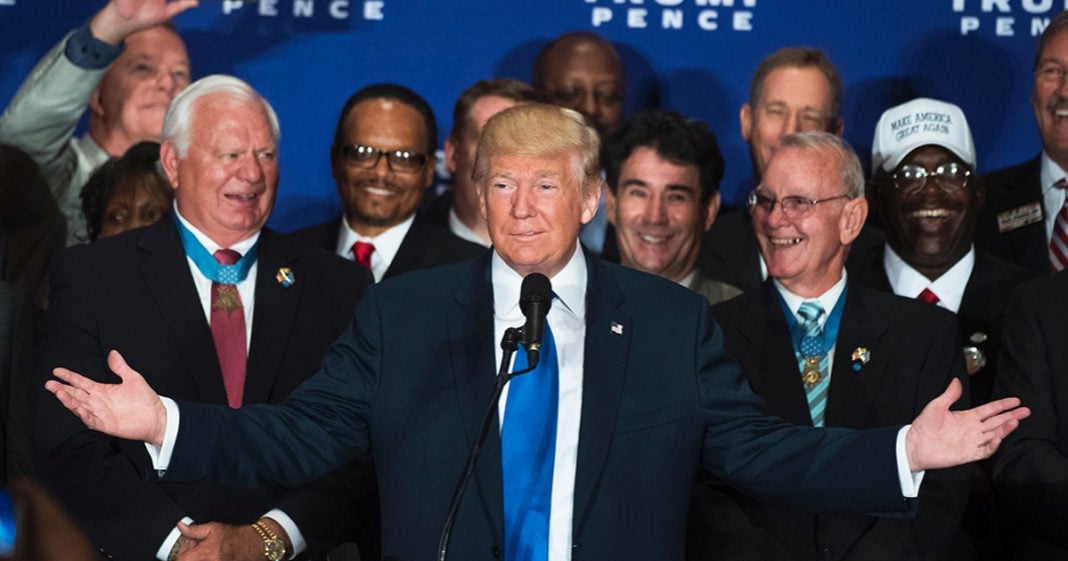 Donald Trump may want you to believe that D.C. has sold out of dresses because of his big day, but the truth is that even the lowest of the low in performance and spectacle – ticket scalpers – are seeing that demand is exceptionally low for Trump’s inauguration.

According to the New York Daily News, individuals who got their hands on Trump inauguration tickets with the intent on selling them for big bucks to Trump devotees are finding that they made a bad investment – so bad, they just may be forced to use the tickets themselves, lest they see them wasted completely.

“Yossi Rosenberg, 36, of upper Manhattan, told the Daily News he bought a pair of tickets to Friday’s Washington, D.C. event from a woman in Westchester County for $700, thinking he could flip them for at least twice as much.

‘Nobody wants to buy them,’ Rosenberg told The News. ‘It looks like I’m stuck with them, I might even have to go.'”

Rosenberg said that he expected some of Trump’s wealthy supporters to buy the tickets from him, but when no one bought them, he began to advertise the hot items on white supremacists sites. Apparently, those who spend their time advocating for the extermination of a race don’t have that much extra cash lying around.

We aren’t in the business of feeling sorry for ticket scalpers as they make the act of attending live events a real headache, still we can’t help but feel particular pity for Rosenberg, who clearly misread the national temperature when it comes to buffoon Trump.

Also, Rosenberg would be displeased to learn that even now, just days from the Inauguration, Joe Schmoe can go and get his own free tickets online to the inauguration – something you wouldn’t expect from even your child’s choir’s rendition of “Stone Soup.”

We already had some inking that enthusiasm for the event was low, considering how it compared to Obama’s 2009 inauguration where the city issued 3,000 bus parking permits to Trump’s 200. Meanwhile, over 1,200 parking permits have been issued for the following day when the Million Women’s March is set to begin, protesting the appointment of Donald Trump.

Though no doubt we will all see a full audience at the 45th president’s inauguration, there are already rumors that individuals are being hired to attend the event in order to make up for the growing boycott and counter protests planned for the event.

No matter what happens, Donald Trump will shout far and wide about how amazing, how spectacular, and how highly-attended his ascendancy to the throne was.