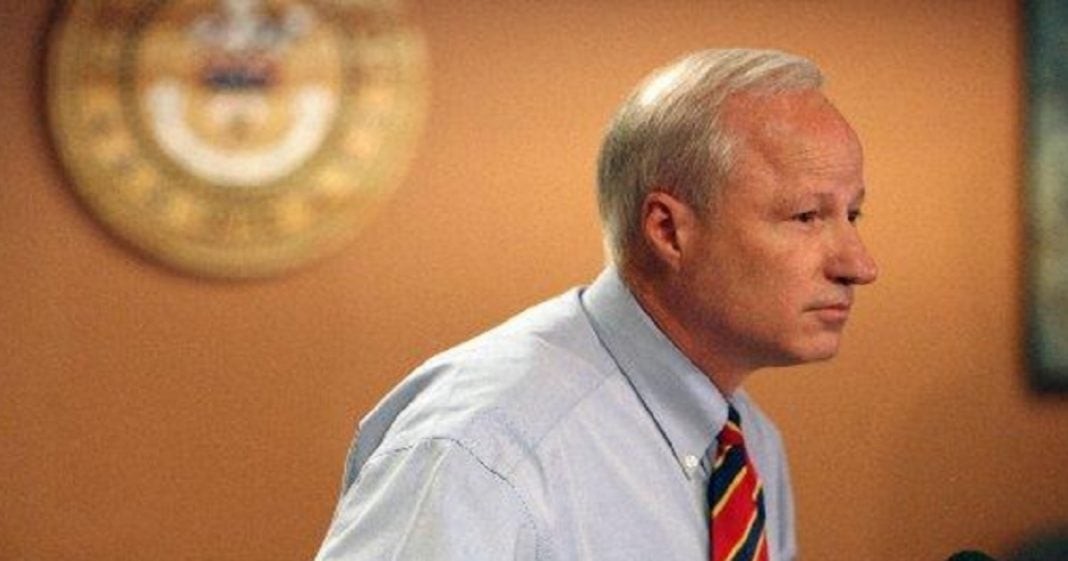 A cowardly Republican from Colorado was spotted sneaking out of his own public event this weekend when he realized he was to be facing some angry constituents, concerned about their healthcare in the wake of the Republican rush to repeal the ACA.

Republican congressman Mike Coffman was meant to be meeting with his constituents for a town hall event in Aurora, Co. over the weekend, but so many people showed up that Coffman was apparently too terrified to face them all and instead, snuck out the back door without ever having listened to the concerns of the people he serves.

Most of the attendees were concerned about the Republican plan to repeal the ACA, and wanted to make clear to Coffman that they opposed such measures. It was Coffman’s duty to hear these people out and consider their wants and needs in his position in Congress.

Instead, he ran away.

Coffman failed his constituents by sneaking away, and by failing to listen to the concerns of Colorado residents like Berthie Ruoff, who faces the possibility of losing her health insurance completely if the ACA is repealed.

“My husband passed away and the only way I was able to get insurance was through the Affordable Care Act, Obamacare. I am potentially going to lose my health insurance. I’ve had a preexisting condition. I’ve had breast cancer. What’s going to happen to me? My spouse who had health insurance passed away. What do I do? You know, what am I supposed to do?”

Just like how Speaker of the House Paul Ryan refused to receive thousands of petitions calling for the protection of Planned Parenthood, Coffman practices constituent malpractice by not doing his duty as an elected official.

Hopefully, those who voted Coffman into office will long remember his refusal to listen to them, and will quickly remove him from office.