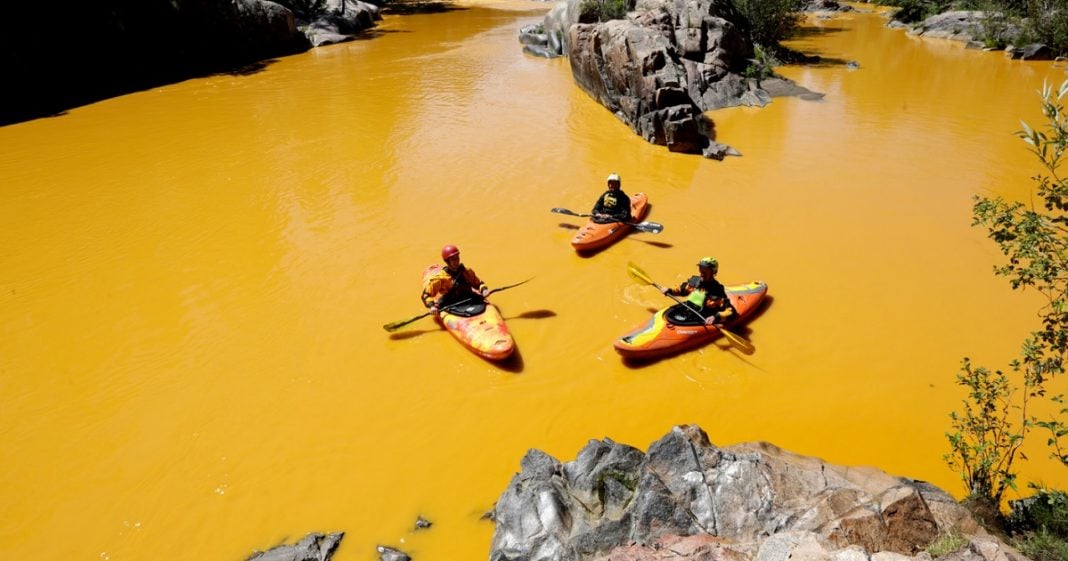 This week, the Environmental Protection Agency announced that it would not be honoring the more than $2.1 billion in claims made in response to an environmental disaster at the Gold King Mine in Colorado.

The EPA claims to be able to ignore these claims for damage thanks to an obscure rule, and says that allowing the federal contractors responsible to be fined would merely discourage “discretionary” clean-up work in the future.

According to USA Today:

“Contractors on Aug. 5, 2015, breached the mine, which released more than three million gallons of toxic wastewater into a tributary that feeds the Animas River, which ultimately flows into the San Juan River and Lake Powell.”

The hundreds of claimants and damaged peoples – like the Navaho Nation – say that this statement from the EPA is merely an excuse. Senator Martin Heinrich said that it is the agency’s job to perform mine cleanup efforts like the one they botched at the Gold King Mine.

“That’s what they do. They clean things. It’s what we budget them to do.”

Still, the EPA is claiming that their decision to clean up the mine in the first place was “discretionary,” and that current law excludes discretionary government action from punitive action. The EPA says that the contractors who made the error did so under the assumption that they would be exempt from any punishment from their mistake.

As is so often the case in environmental disasters in the U.S., native members appear to be the ones the most damaged. Navajo Nation officials are now left wondering who will compensate their members for the damage caused by the spill.

Individuals who filed claims with the EPA now have six months to challenge the EPA’s decision in federal court.