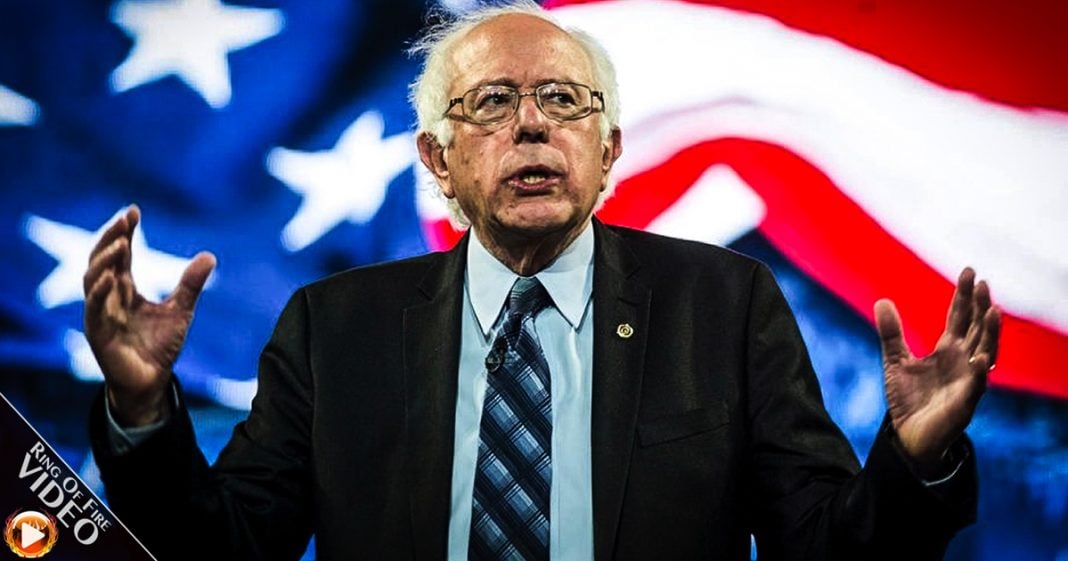 Senator Bernie Sanders introduced an amendment that would have allowed the United States to import cheaper prescription drugs from Canada. While 12 Republicans voted in favor of it, the measure was effectively killed because 13 corporatist Democrats voted against it. Ring of Fire’s Farron Cousins discusses this.

You know who didn’t understand that? The 13 democrats who voted against this piece of legislation. They are Bennett, Cory Booker, Cantwell, Carper, Casey, Coons, Donnelly, Heinrich, Heitkamp, Menendez, Murray, Tester, and Warner. Those 13 democrats do not think that you need to have access to cheaper prescription drugs, and there is absolutely no reason for it. Unless you count the money that’s been flowing to these democrats from the pharmaceutical industry. Cory Booker, for example, Senator from New Jersey, well it just so happens that New Jersey is where the majority of prescription drugs in the United States are manufactured. That’s why Cory Booker voted against this. Not because he wants a better deal, but because he wants to protect the pharmaceutical industry, and I know Cory Booker made a lot of headlines yesterday, being the sitting Senator testifying against Jeff Sessions.

Wow, good for him! Way to go! Then you screwed the American people by voting against this piece of legislation. Here’s what’s even more interesting about that. I checked a ton of progressive news sites this morning. Not one of them had this story about Cory Booker voting against Bernie Sanders’ cheap prescription drug bill. Not one. It was not on Raw Story, it was not on Think Progress, it was not on Huffington Post, the only people that I could find reporting on it were people like Tim Black and Jimmy Dore with the Young Turks. They refuse, some of these sites, Raw Story is usually actually pretty good about it, they just happened to miss this one, but sites like Think Progress, Huffington Post, they refuse, Talking Points Memo. They refuse to go after democrats when they do something wrong. That’s the problem with the democratic party as a whole.

We had 13 sitting democratic senators vote against a bill that would have given us cheaper prescription medications at a time when prescription drug prices are going through the roof. There is no excuse for that and there is no excuse for the progressive media to not be talking about this. It is not our job to be democratic cheerleaders, it’s our job to report the facts and hold people accountable regardless of party affiliation. That’s what these sites are failing to do, that’s why these sites, Think Progress especially, unanimously backed Hilary Clinton in the general election, refused to report anything bad about her, even the true things. That’s why the democratic party’s going to continue to lose. They’re too beholden to corporations in Washington and the media outlets entrusted to protect us are too beholden to the party itself to say a single negative thing about these democrats who care more about their campaign funds than they do about the welfare of American citizens.