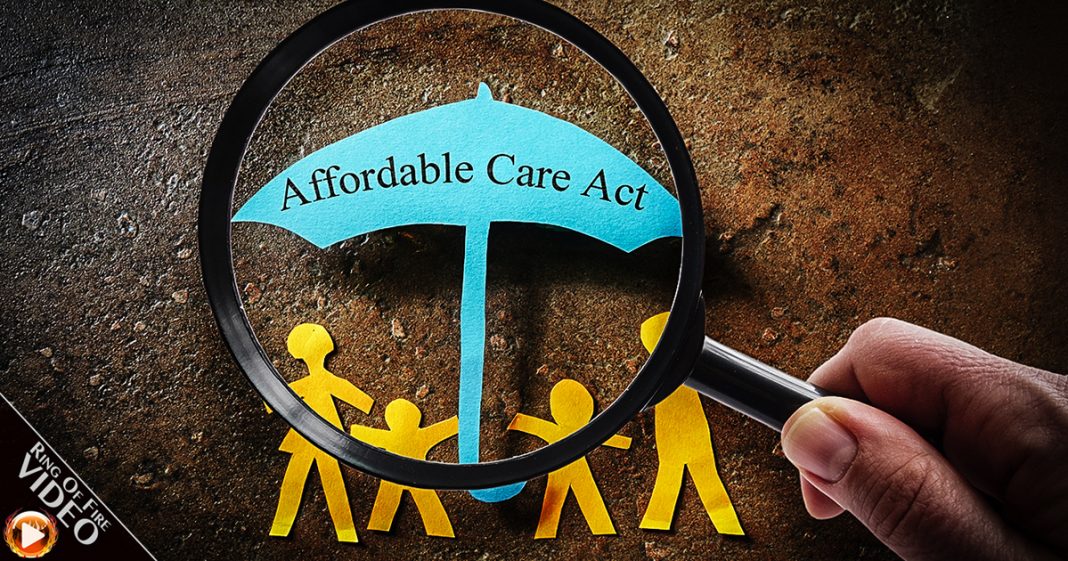 Republican governors – a group that grew even larger and more powerful after the 2016 elections – are terrified that their Republican colleagues in Congress might actually follow through with their promise to repeal Obamacare. These governors understand that their constituents actually enjoy having health insurance, and they are terrified of the ramifications that will follow a repeal. Ring of Fire’s Farron Cousins discusses this.

As republicans in the House of Representatives and the Senate continue to fight to repeal Obamacare, believe it or not, there is a small group of republicans in this country who understand that not only would repealing Obamacare hurt people, but it’s a really big political loser. Those people happen to be republican governors across the United States including John Kasich from Ohio. What Kasich and I think about 21 republican governors understand is that they took federal money from the government to fund these exchanges, these healthcare exchanges for their state to allow people to get health insurance. They depend on that federal money to keep these people insured through their state.

If Obamacare, if those subsidies, whatever, are repealed, even if the rest of the law stays in place, the states lose that money. Then it’s these republican governors that have to go to their constituents and say, “Hey, um, gonna have to take your health insurance away. Don’t have the money anymore,” and this is what scares those republican governors. They’re the ones who are going to feel the backlash from their voters. They’re going to lose their next election because they’re the ones who had to go and tell them that they just lost their healthcare. It’s Paul Ryan having to go to people in Ohio and say, “Hey, I’m taking away your healthcare,” it’s John Kasich.

You know what? This is irony at its finest. The republicans are so desperate to repeal this bill that they don’t understand that they are the ones who are going to suffer politically for it. The American public is going to suffer tremendously from it just because they’re the ones who depend on it, and they’re going to remember who took it away. They’re going to remember which party said, “Guess what. You can’t afford health insurance anymore, good luck going to a doctor,” it’s the republicans. These republican governors at least have enough sense to understand that. They know that there will be a price for this, but I guess the republicans in Washington are so far removed from their constituents from their hometowns that they don’t see what the public wants anymore.

That’s another valid argument for why we need term limits. These people stay in Washington D.C. most of the year. They’re not back home, they’re not meeting with people, they’re not doing Town Halls, they’re not going door-to-door. They’re sitting in Washington D.C. going out to fancy dinners with their buddies and lobbyists, and meeting behind closed doors and talking about plans on how to benefit corporations. Republican governors and democratic governors, obviously at the least, they at least stay in their states. They see people, they hear people, they talk to people. They are more in tune with what’s going on in the United States than the people in Washington D.C., and that’s why these republican governors have enough sense to understand that if the House and Senate republicans repeal Obamacare, it is going to be a disaster for the republican party in the next election.