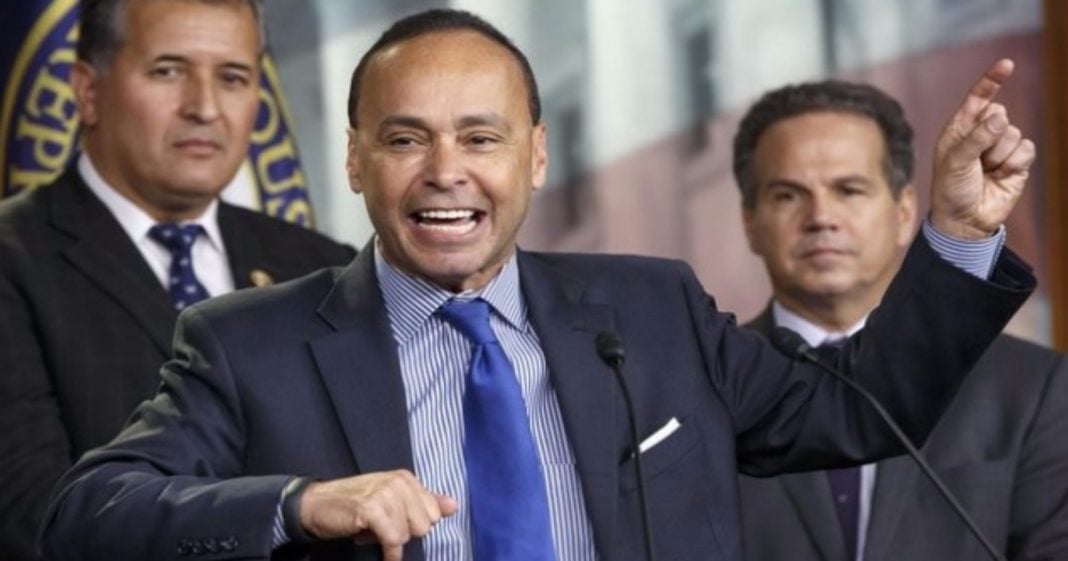 An Illinois Congressman spoke out this week making it clear that he would not be attending Donald Trump’s inauguration on January 20, and would instead attend the Women’s march on the day after the swearing-in.

Rep. Luis V. Gutierrez, and outspoken advocate for immigrants rights, said that he could not allow himself to accept the presidency of Donald Trump by attending his Inauguration, especially because of Trump’s derogatory treatment of minorities and women.

Gutierrez spoke on the House floor earlier this week standing next to a blown up image of Trump, face sneering, finger jabbing. Gutierrez addressed the speaker and told him that he will not be attending the event next Friday – but not because he is a “sore loser.”

“I can hear the ringing of my telephone now in my office with people calling to say, ‘oh you Democrats are just sore losers and you just hate Republicans!’ No. I went to George Bush’s Inauguration and I work with Republicans all the time.

But this is different. I knew that George Bush and I would disagree on many issues, from trade to healthcare to the war in Iraq. But I never thought that George W. Bush was trying to make my own country hostile to me, personally. To my wife, to my daughters, to my grandson. I never felt he was a threat to the nation that I love so deeply.

The reason I am not going is that I cannot bring myself to justify morally or intellectually the immense power we are placing in that man’s hands.”

We applaud Gutierrez’s decision, and the vocal boost to the Women’s march that he has given by speaking out and encouraging others to do the same. We hope that this strong-willed Democrat will continue to fight Donald Trump at every turn, and stand up for the voices to whom Trump would silence.