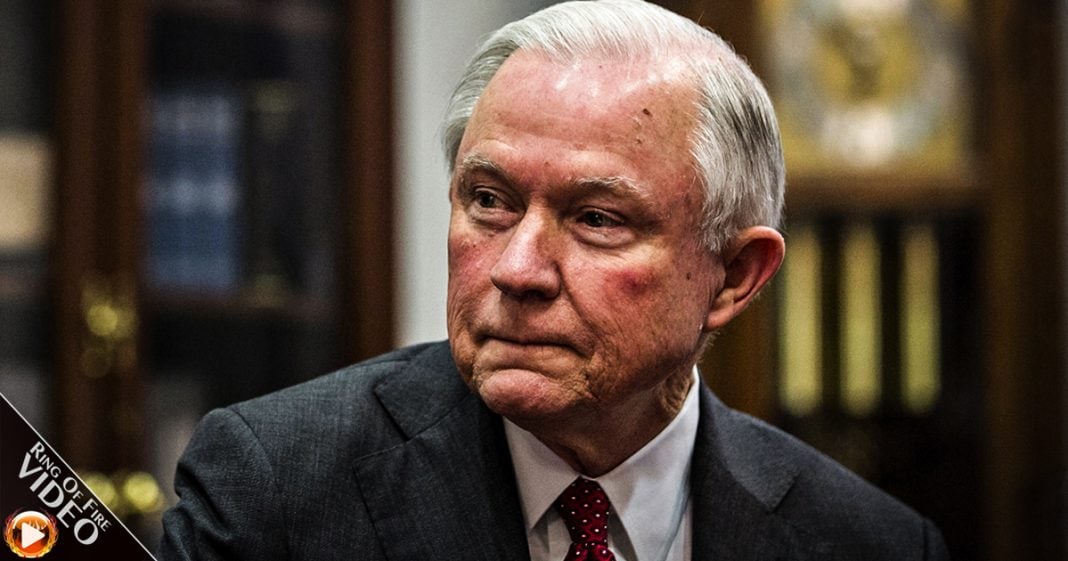 Jeff Sessions, Trump’s nominee for Attorney General, has taken a lot of heat for his lifetime of racist positions and prosecutions. But one Alabama Congressman says he’s figured out why Sessions is under fire – it’s because of a so-called “war on whites.” Ring of Fire’s Farron Cousins discusses this.

This week the senate has been holding hearings on the confirmation of Jeff Sessions, Donald Trump’s pick to be Attorney General of the United States. The biggest criticisms being lobbed at Jeff Sessions are that he is a racist or that he has pursued racist policies in the past, racist prosecutions during his time as Alabama Attorney General, he was denied judgeship back in 1986 because he was so darn racist. Everything about Jeff Sessions this week, most of the criticisms have been about that, racism and his long history of going after people of color.

Republican representative Mo Brooks, also from Alabama like Jeff Sessions, has figured out why people are so obsessed with this racist guy, Jeff Sessions. According to Representative Brooks it’s because of the war on whites. Those were his words. This entire witch hunt against Jeff Sessions and his racist history is because there’s this war on whites. I guess the democrats are leading the charge in this war on white people that apparently Mo Brooks from Alabama sees, but I don’t know that anybody else in this country actually sees the same thing.

Let me give Mo Brooks a quick little history lesson here. White people pretty much throughout the entire history of the United States have had it pretty good. I mean can you name one point in American history where white people were persecuted for the color of their skin? I mean as a whole too. Not talking about one white guy getting shot or something like that. I mean actual legislation, federal or state policy that tried to persecute people for being white. As far as I can tell all the political science course I’ve taken, all the history that I’ve learned, don’t think there ever was single one that ever happened in the history of this United States, and that’s because it never did happen.

Perhaps in Alabama it’s acceptable to think that, but once you get to Washington DC and you’re no longer insulated in your little southern state media, southern state constituents, and the whole world is looking at you, you might want to take your white hood off before you go on the news.