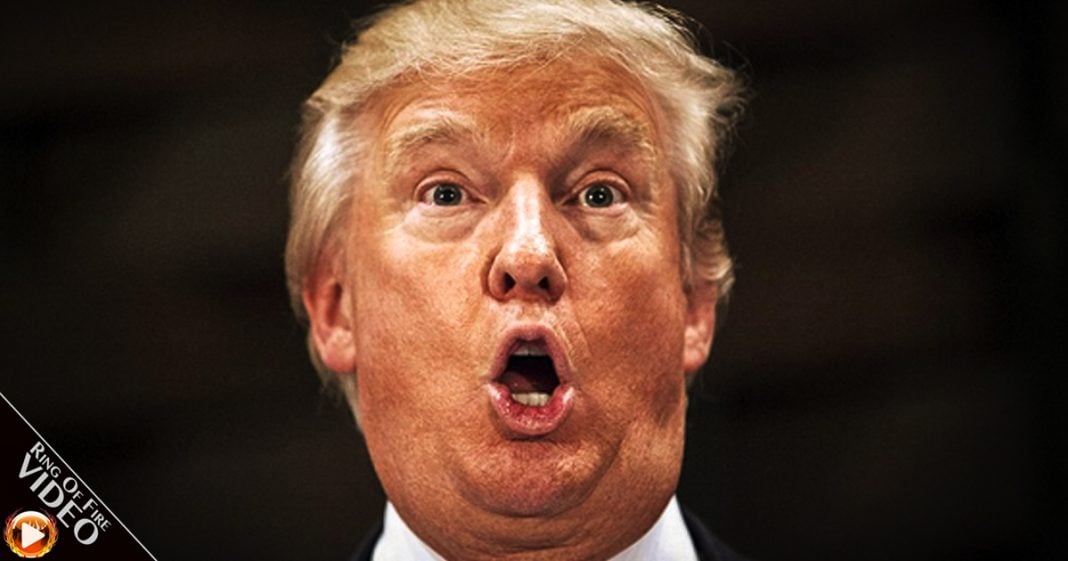 During his first press conference since the election, Donald Trump called CNN “fake news” and only had one reserved seat at the presser – and it was for Breitbart News.  The audience was packed with Trump hacks, proving that Donald is absolutely terrified of being presented with any dissenting opinions. Ring of Fire’s Farron Cousins discusses this.

Yesterday, Donald Trump held his very first press conference since the November election, and to nobody’s surprise, he packed it full of his supporters and his paid staffers, so that he would have an audience to cheer and jeer when he attacked the press. In fact, this press conference was so one sided that only one seat in that entire room was actually reserved for a reporter. It just so happened, that reporter was Matt Boyle from Breitbart News. He is the only one who attended that press conference who had a reserved seat waiting for him right down there in the front row.

That’s what we’re going to see throughout this entire Donald Trump administration and presidency. His hostility towards the press is something that will not ever go away. He called CNN fake news. That was actually in response to a question asked by Breitbart. Here’s the thing. Look, I don’t like CNN more than anybody else, but they do report things that are accurate. They do not make things up. They just don’t do a very good job of covering things. CNN is not fake news. Breitbart, the guy in that reserved seat, is fake news.

Again, this all comes back to Donald Trump’s hostility towards the press, and the media, and reporters, and anyone willing to question anything that he does. For example, a question about Donald Trump’s tax returns, he responded by saying, “The press is the only one who cares about my tax returns.” Not true. Polls show that the majority of Americans actually want you to release those tax returns, but you know, that’s the truth, and you can’t be bothered to deal with the truth.

That’s all we can do at this point, is to continue to ask questions. Those reporters in that press pool, if Donald Trump answers one reporter’s question by calling them fake news, the next reporter needs to take up that same question until you get an answer. That’s how journalism works. Until people stand up in that press pool and do this, and hold him accountable, and call out fake news organizations like Breitbart, until that happens, it’s going to be a very rough Donald Trump administration, where we get absolutely no relevant information. We get no questions answered and we’re all left in the dark while he continues to run his scam of a presidency.