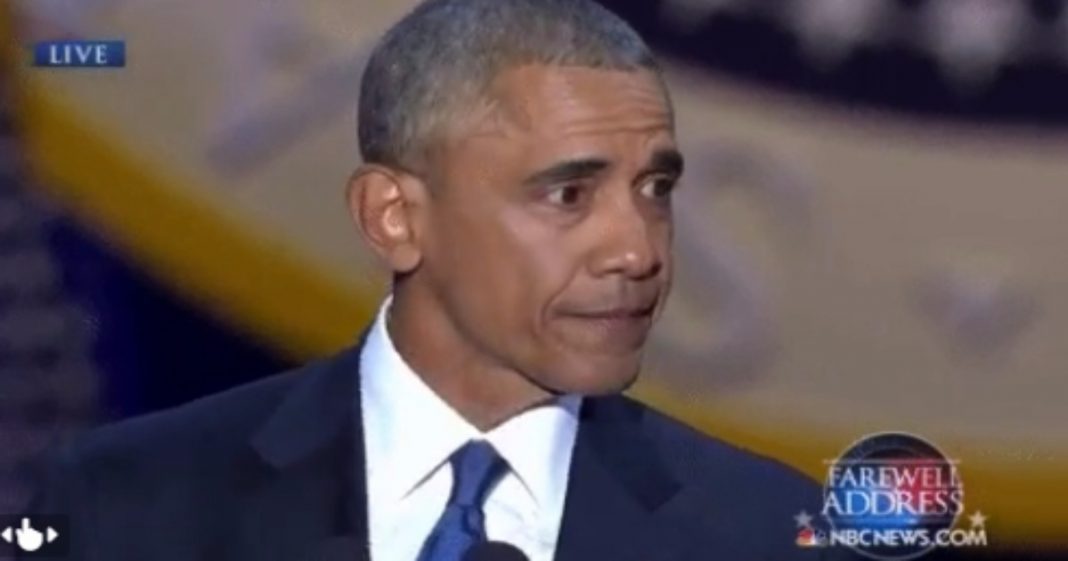 Even if you were critical of President Obama during his two terms as president of the United States, it was hard to watch his final farewell presidential address on Tuesday evening and not feel proud and sad about what a wonderful, kind man we had running our nation for these two terms.

Though there are legitimate criticisms of President Obama, one thing you could never argue is that he was a bad speaker, man, father, or husband. On Tuesday night, these were the qualities we saw shine most brightly as the POTUS extolled his accomplishments, thanked his family and staff, and pleaded with America to take a look at itself and rise to the occasion these next four years.

The POTUS promised to be fight right alongside us, as a private citizen, in order to preserve Democracy and retain the rights for which we have fought so hard.

One of the most moving moments of the evening was when President Obama addressed his dedicated wife, First Lady Michelle Obama. From across the stage, the President looked at his wife, wiped away a tear, and issued a heartfelt thank you to the woman who had made his two terms that much more pleasant, powerful, and palatable.

Obama talking about Michelle in his farewell speech ❤? pic.twitter.com/pZml4XzCCV