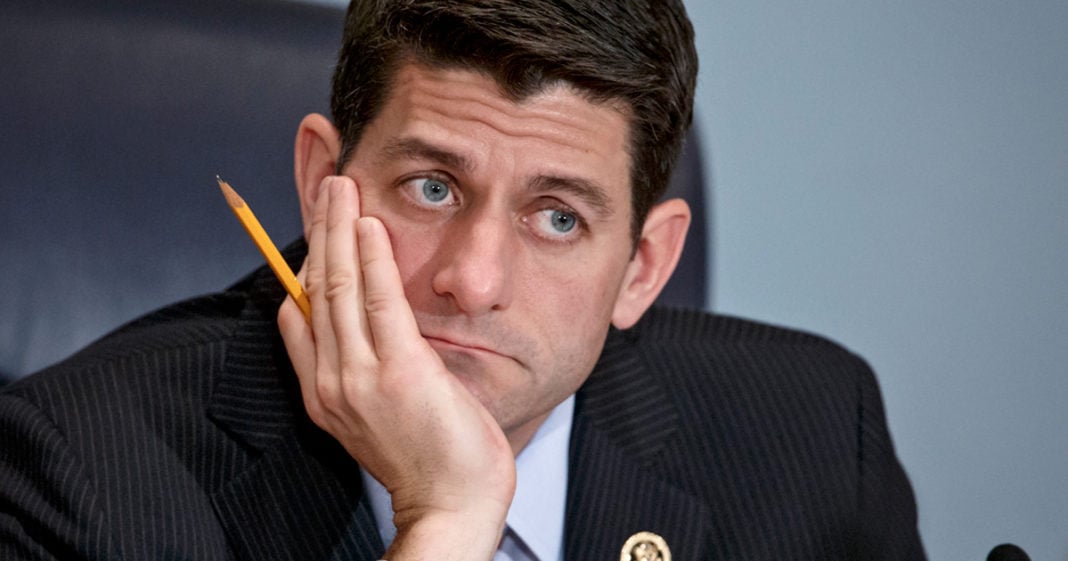 In anticipation of the presidency of Donald Trump, Speaker of the House Paul Ryan and other Republicans have eagerly begun building legislation which would repeal the Affordable Care Act while also defunding Planned Parenthood, two long-time goals of the Republican Congressman.

During this process, Ryan is making sure that nothing comes between his plans to defund the women’s health organization, which means that when thousands of petitions arrived at his House doorstep, those carrying the petitions were turned away at the door.

On Friday, activists arrived at Ryan’s office wearing pink shirts that read “I stand with Planned Parenthood” in order to deliver 87,000 petitions which asked him not to defund the women’s health organization.

Rather than accept the petitions in order to contemplate the wishes of many of his constituents, Ryan sent out six security guards to prevent the delivery of the petitions and hung a sign on the door which read, “Only scheduled appointments will be admitted.”

Why didn’t Ryan accept the petitions, especially when it specifically concerned an issue he and his Republican body are currently considering? Simply, he is a negligent elected official who is either too afraid or too proud to face real opposition from those who would be personally affected by his decisions.

Ryan and the rest of the Republican party have absolutely no concern about whether or not their legislation or decisions affect the American people. As long as they get their way, they are happy.