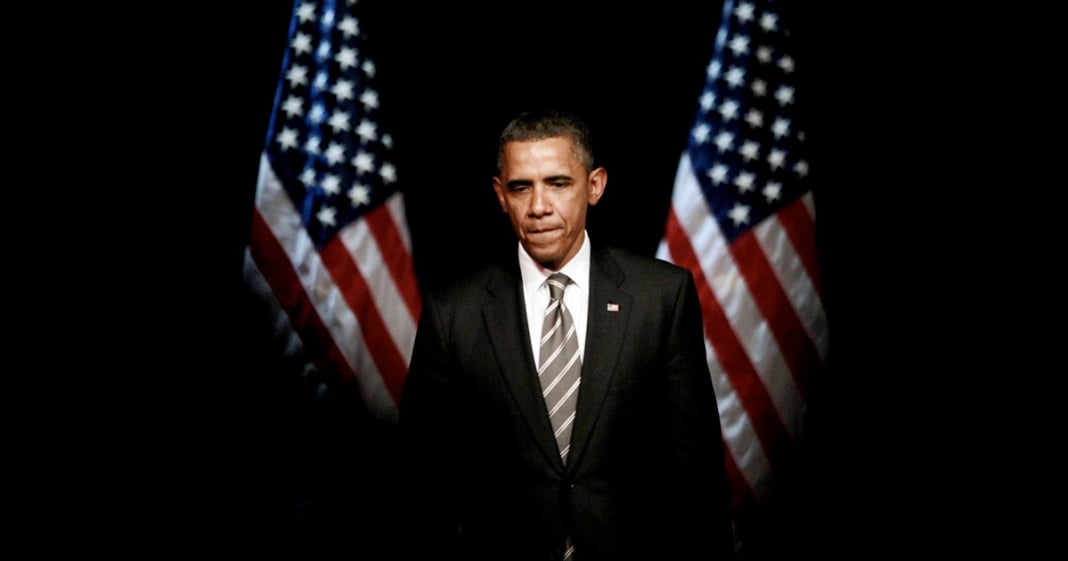 Since then, thanks to a little provision slipped into the 2013 Defense Appropriations Bill by Congress, the federal government’s propaganda agencies (and there are several) can now legally broadcast to domestic audiences.

The law that was repealed was the U.S. Information and Educational Exchange Act of 1948, better known as the Smith-Mundt Act. It was passed as part of the transition from wartime to peacetime propaganda, and specified what and how the U.S. State Department could communicate to overseas audiences. It covered print, radio, film and personal contacts (such as educational and cultural exchange programs). Later, it was updated to cover online communications as well.

Congress at the time was cautious; memories of how propaganda had been used by Nazi Germany and Imperial Japan was still fresh in their minds, and there were many members who recalled an earlier propaganda agency from the previous war.

When the U.S. entered First World War in April 1917, then-President Woodrow Wilson signed an Executive Order establishing the Committee on Public Information. For more than two years, the C.P.I. and its branches engaged in a comprehensive campaign aimed at influencing American citizens to support their country’s involvement in what was formerly seen as a European War between corrupt, old monarchies. It included the use of all media at the time: print, the cinema and the telegraph as well as live speakers known as “Four Minute Men” who delivered short speeches at civic events and social gatherings.

Initially, the material disseminated by the C.P.I. was generally factual, but “spun” in ways that put U.S. involvement in the war in a positive light. Later on however, the “facts” became distorted into outright lies.

For example, in 1918, the C.P.I. announced that “the first American built battle planes are today en route to the front in France,” along with photographs. However, the truth later came out that the U.S. Army had only a single experimental prototype which never actually saw action. There were also portrayals of German soldiers as savage apes, committing atrocities upon women and children, and “hate” campaigns that resulted in intimidation and violence against German Americans.

Does this sound alarmingly familiar? It should, particularly since there will soon be a racist demagogue sitting in the White House with millions of supporters – some of whom are only now beginning to realize that they have created a Frankenstein monster and turned him loose.

Small wonder that the 80th Congress was inclined to tread lightly when it came to propaganda, particularly that geared toward U.S. citizens.

Now, thanks to the 112th Congress and President Obama, any restraints on domestic propaganda have been removed – and that machinery will soon in be the hands of the most openly corrupt government since the Harding Administration of the 1920s.

The implications are grave – particularly given the large number of low-information, easily led and influenced people in this country as well as Congress’ blatantly corporatist agenda – and the willing cooperation of the corporate media.