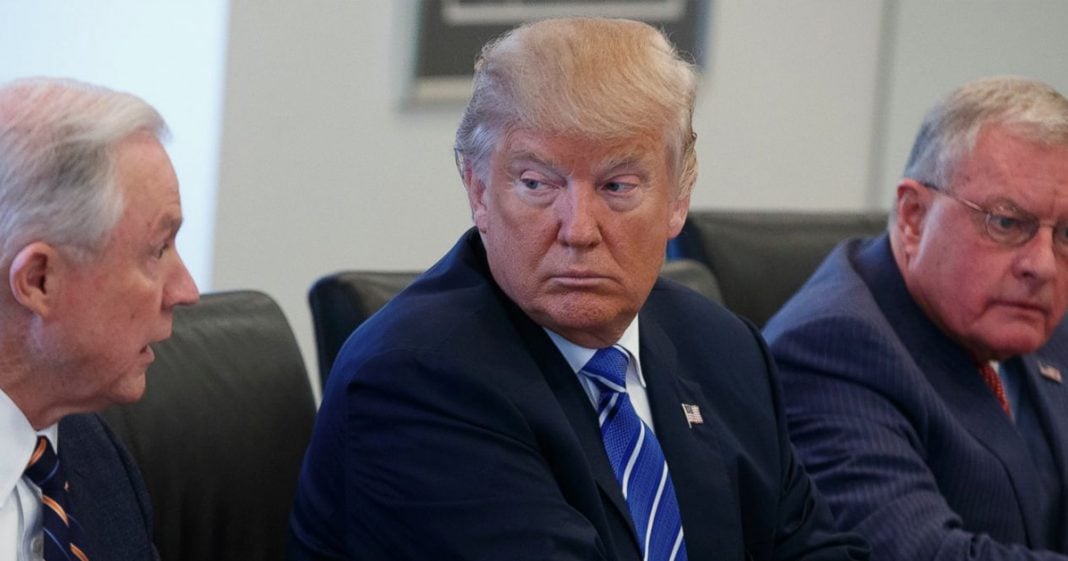 Every now and then in the ceaseless blather that erupts from Donald Trump’s mouth and Twitter account, he stumbles upon an idea that can appeal to progressives, rather than the regressive, right-wing ilk he represents.

This is exactly what happened during the earlier part of his press conference held on Wednesday when Trump called out the Big Pharma industry and its tendency to inflate drug prices beyond belief.

Trump said that the companies are “getting away with murder,” and that under his administration, the pharmaceutical companies would be getting paid less thanks to “bidding wars.”

This is an issue that progressives have heard from Senator Bernie Sanders and many other progressive voices, but not something we would expect to hear from the PEOTUS. Much like his view on the Trans Pacific Partnership, Trump does not always ascribe to party lines, and in doing so, comes off as a bit more sane.

Of course, action is worth much more than words for the President-elect, and considering how he has surrounded himself with nothing but corporate cronies, the chances that he will follow through on this plan to regulate the pharmaceutical industry are slim.

Still, if we can hope, maybe there will be small measures of good among the sea of bad that is Donald Trump, starting with this apparent dedication to lowering prices of vital pharmaceuticals.