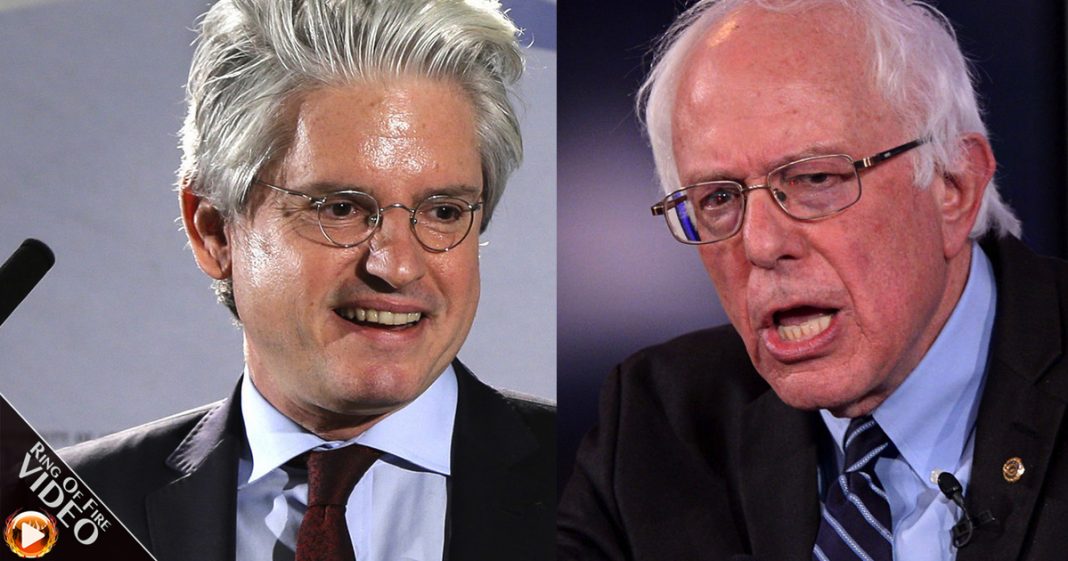 David Brock, the founder of Media Matters for America and former Clinton campaign surrogate, now admits that he was wrong about Senator Bernie Sanders and that he wants to work with him in the years ahead to defeat conservatives. Is this apology sincere, and if so, is this too little too late? Ring of Fire’s Farron Cousins discusses this.

David Brock, the founder of Media Matters for America and Clinton campaign surrogate/spokesman/advisor, I guess… He’s got an open letter where he’s apologizing to Bernie Sanders. Bernie, I was wrong. Bernie I will help you. Let’s work together to create a better future and block these horrible Republicans from enacting their terrible agenda. Let’s stand together in opposition to Donald Trump. That’s basically paraphrasing what David Brock said in his little letter.

Now Brock, if you remember, said during the campaign, he was one of Clinton’s most outspoken supporters, that apparently black lives don’t matter that much to Bernie Sanders. He is the one who brought Bernie Sanders’ health issues into the campaign and then got super mad when people tried to do that to Hillary Clinton. He’s the guy who continuously tried to tarnish the reputation of Bernie Sanders, a man who since the 1970’s has been serving in office, trying to help the underclass.

Now he’s sorry. Now he’s had a change of heart. Now he sees the light. Here’s what I say to that: no you haven’t. What you see, David Brock, is not the light. What you see is the end of your political career because nobody cares what you have to say anymore. They see that you are a serial campaign loser, just like Bob Shrum, just like Terry McAuliffe, just like John Podesta. You are a washed up has-been that has no business doing anything in Washington DC.

Media Matters for America is a great organization, and I do give Brock credit for creating it. I also happen to know a lot of the people who really ran it and know that Brock was not the man behind the scenes pulling the strings. He was just the guy that created it. There were more talented, more honest people, more level headed people actually running that organization and there still are today. Brock is apologizing to Bernie Sanders because he wants to stop being vilified by the new left. That’s what it is, it’s a new Democratic Party emerging.

The Millennials are waking up to the fact that people like David Brock are destroying the Democratic Party. They’re old school and they don’t need them. They want somebody who is not beholden to corporations, who won’t get on their knees and grovel to someone just because they think that that person is the greatest possible presidential candidate ever. Brock made so many mistakes during the 2016 presidential campaign that he lost any and all credibility. Now he’s trying to win it back by attaching himself, apologizing to Bernie Sanders.

David brock doesn’t represent that, but he is trying desperately to attach his name to Bernie Sanders, somebody who actually does believe in ruling for the underclass.