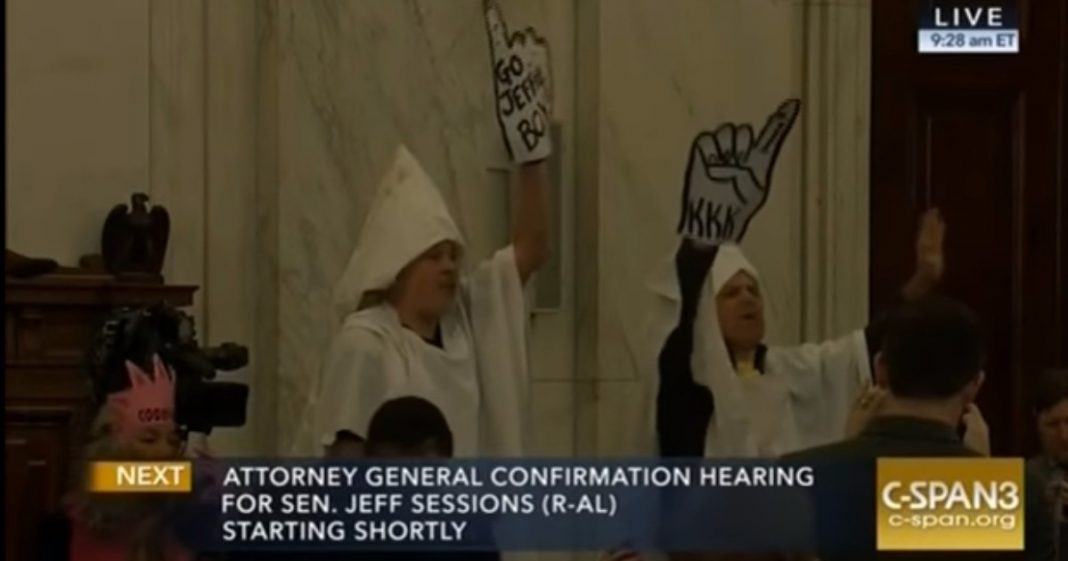 As the Senate Confirmations hearings began on Tuesday morning, a whole host of protesters have already made their voices heard and have been escorted from the chamber.

Their aim is an admirable one: keeping racist GOP-er Jeff Sessions out of the key political position of Attorney General. Despite the fact that Sessions was considered too racist to be a federal judge in the 1980s, it is hard to believe that he is sitting in the esteemed spot he is.

Luckily, there are many brave and foolish individuals who will stop at nothing to ensure the entire senate is fully aware of just how strongly opposed Sessions is.

One such group of protesters took a more unique approach on Tuesday morning when they stormed the Senate chamber wearing robes resembling those worn by the KKK and shouted in support of Sessions.

The two white-robed men waved foam fingers which read, “Go Jeff Boy,” and “KKK.” When security descended upon them to escort them from the chamber, the men shouted in outrage,

“You can’t arrest me, I’m a white man! You cannot take me out of here, I own this government!”

Ain’t that the truth.