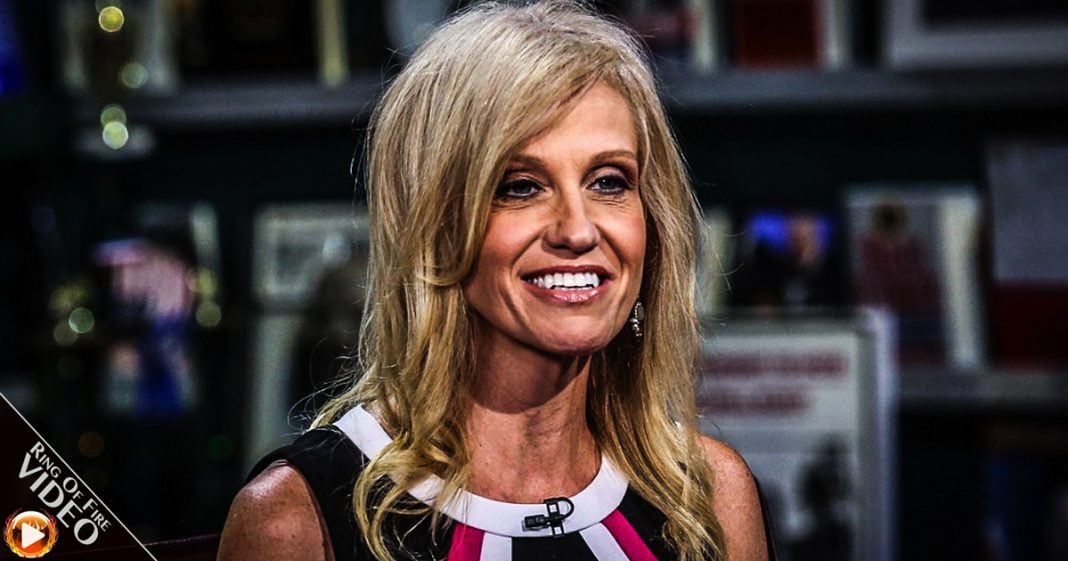 Trump advisor Kellyanne Conway told CNN’s Chris Cuomo that people need to take Trump at his work and look at what’s in his heart to find out what he’s really about. My advice is to look at his Twitter feed to see what he really believes, not at his black heart. Ring of Fire’s Farron Cousins discusses this.

Don’t tell that to Trump advisor Kellyanne Conway because she just still doesn’t believe that it’s true. According to an interview between Conway and CNN’s Chris Cuomo this past weekend, Kellyanne said, look, why can’t you just take him at face … Why do you have to take everything he says at face value? Why can’t you just give him the benefit of the doubt? Why, oh why, can’t you just look at what’s in his heart? That’s what Kellyanne Conway told Chris Cuomo. Don’t listen to what he says. Look at what’s in his heart. Donald Trump, the humanitarian, the great human being with such a great heart, probably the best heart, if he had to say it in his own words.

Listen, Kellyanne, I know this is a hard concept for you to grasp, but the reason that we as human beings have ears is so that we can listen and hear things. We have a brain that allows us to process those things that we hear and figure out what it means. That’s why reporters and pundits and voters listen to what he says. You want us to look at what’s in his heart? Probably some kind of black slime. Either that, or he’s probably like the Grinch and it’s two sizes too small, except he’s never going to have the epiphany that makes it grow three sizes in one day. That’s what’s in Donald Trump’s heart: nothing. A couple of red blood cells trying to squeeze their way through cholesterol-filled arteries, that’s what’s in his heart.

We want to know what is in his brain. What does this psychopath actually believe? Why did voters fall for somebody who would mock a disabled person on live television in front of his supporters, and why did his supporters love it? We’re going to take what he says at face value because he is the president of the United States, and we have to hold him to a standard.

Kellyanne Conway can get all pissy if she wants, try to get sentimental and say that we need to look into Donald Trump’s heart, but if you really want to know what is in Donald Trump’s heart, go take a look at his Twitter feed. That will give you a pretty good example of what that guy is capable of.