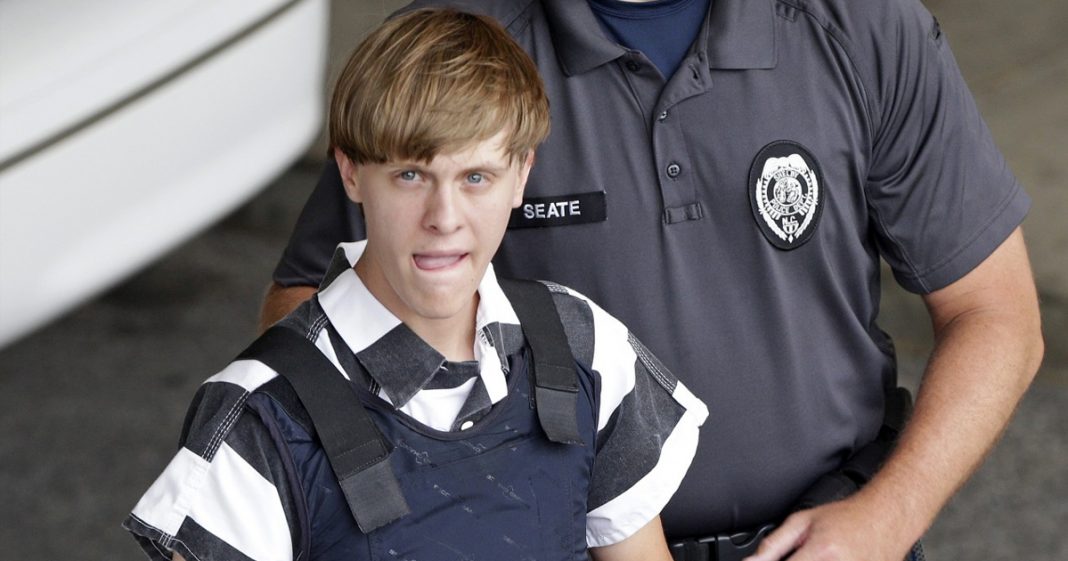 After a great deal of testimony and hours in the courtroom, the jury which holds Dylann Roof’s life in their hands have begun their deliberation, and may return a verdict within the afternoon.

Roof is hoping to avoid the death penalty, though some have wondered privately if he might be hoping to be sentenced to death in a strange martyr-type execution considering he has shown no remorse for his crimes.

The case was a long and interesting one, with Roof choosing to represent himself for most of his trial, in order to avoid his attorney’s agenda of trying to convince the jury that he was not competent.

Instead, Roof spent the bulk of his own trial sitting quietly, listening to the testimony from the family members of those he murdered, choosing not to question them.

The majority of Roof’s testimony came from a journal he kept while incarcerated which explained his motive, his lack of remorse, and more. In the journal, Roof said that he did not feel guilty about what he had done, and only felt a little bad when thinking about his future lack of freedom.

Roof said that he felt it was necessary for him to commit a violent act against the black community because the KKK and others were not carrying out racially-motivated mass murders. Before the mass murder of eight at a Charleston church, Roof took a racially-motivated tour of nearby plantation museums and Confederate monuments before entering the predominately black church, sitting in on the service a short while, and opening fire.

In remarks revealed to the courtroom just yesterday, Roof said that he felt it wasn’t fair that the families of those killed were able to share their personal testimony in the courtroom. Roof felt that he shouldn’t have to listen to such extensive personal testimony, and that it might sway the jury toward the death penalty.

The jury now deciding Roof’s sentencing was the same jury which took only a couple of hours to find him guilty of all 33 charges, though the decision about whether or not to condemn him to death may prove a more difficult one than the guilty charge.

After a typical political and legal circus, Roof is about to face justice – in whatever form the jury sees fit.