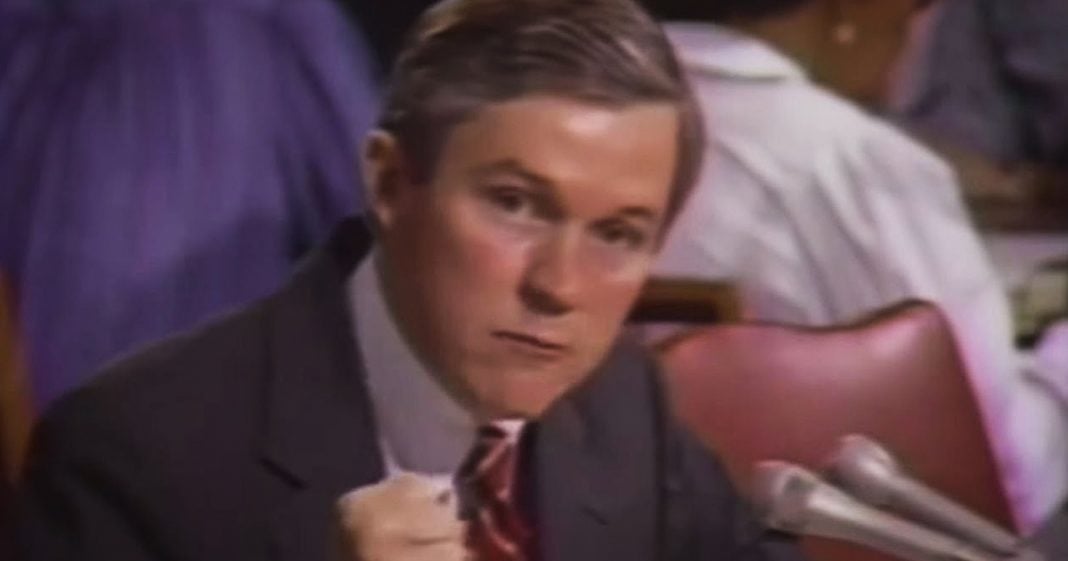 In this Majority Report clip, we watch a 1986 news clip about Jeff Sessions’ committee hearings that ultimately denied him a federal judgeship based on racist comments he had made. He also has a long history of working against enhancing voting rights. His hearing to be confirmed as Trump’s pick for Attorney General is tomorrow, despite official claims from the Office of Government Ethics that they have not been provided with all of the proper paperwork necessary to vet candidates. (Sessions likely does not fall into that category, as he is a sitting U.S. senator.)