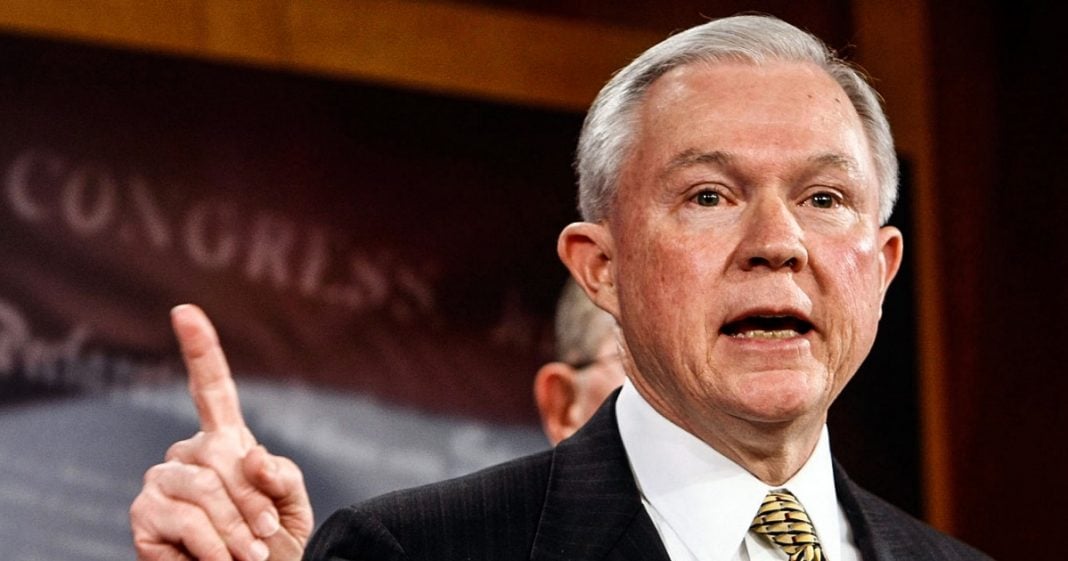 Despite a complete lack of vetting of any of Donald Trump’s nominees, the Senate Judiciary Committee has commenced their confirmations of his cabinet members and administration, beginning with possible future Attorney General Jeff Sessions.

Sessions, a senator from Alabama, has an extensive record of racial prejudice and was even barred from becoming a federal judge decades ago because of his clear racial leanings and bias.

In response to his selection, thousands have spoken out in protest, including letters written by law professors, law students, reproductive rights organizations, and many others. Members of the NAACP were arrested recently after staging a sit-in inside of Sessions’ Mobile, Alabama office, calling on him to reject the offer from Trump as Attorney General.

Even as the hearing for Sessions begins on Tuesday morning, protesters have been frequently escorted from the chamber, shouting and urging the crowd not to confirm the man.

Despite the beginning of the confirmation hearings, several of Trump’s nominees have not completed their ethics disclosures, making the decision by the Senate to go forward with these confirmations a startlingly unethical one. Minority Leader Chuck Schumer said that Democrats may delay confirmation hearings if proper ethical vetting is not conducted.

The first hearing for Sessions will no doubt set the tone for the remainder of the confirmations, and we can only hope that the Republican-dominated government branch will value the heart of their party over the favor of their billionaire president-elect.