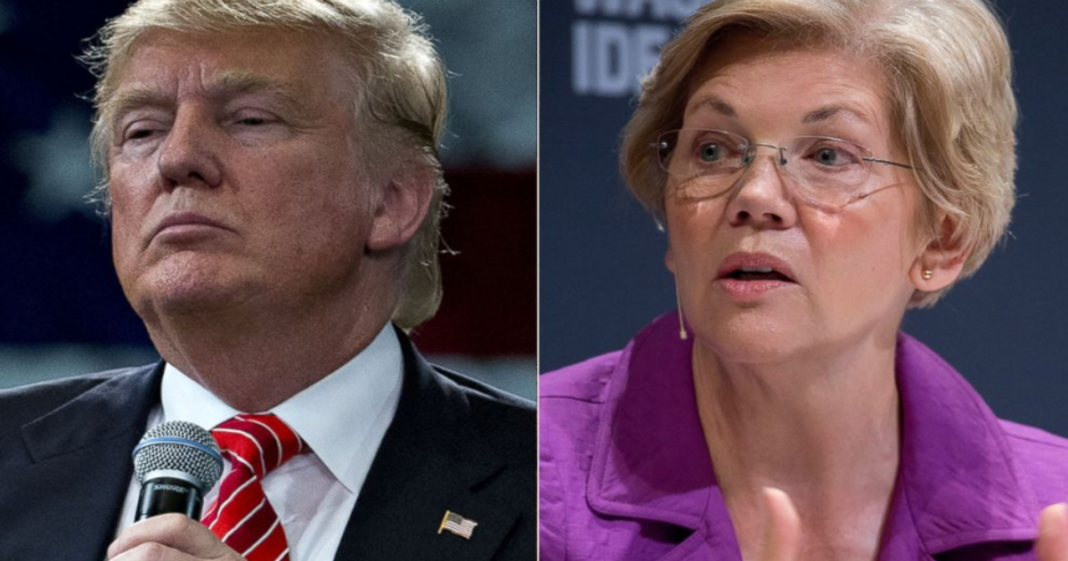 Senator Elizabeth Warren is set to step up Monday to propose legislation that should have been proposed, passed, and implemented long ago.

Warren is set to propose the President Conflict of Interest act which, if passed, would require any president to reveal and purge any business holdings in order to avoid a conflict of interest while in office.

Warren’s bill would also extend to the immediate family of the President-elect, requiring that they all divest any business interests that might have an affect on the presidency. For Trump, who intended to put his businesses in a blind trust ran by his children, this could offer a significant roadblock.

Said Warren in a statement:

“The only way for President-elect Trump to truly eliminate conflicts-of-interest is to divest his financial interests by placing them in a blind trust. This has been the standard for previous presidents, and our bill makes clear the continuing expectation that President-elect Trump do the same.”

Why this law didn’t already exist seems preposterous, but the truth was that previously, it was just a matter of tradition and polite respect for the office. Any previous incoming presidents who had business involvement would quietly distance themselves in order to remove any conflict of interest.

Unfortunately, now that we have an incoming president with no respect toward the office or tradition, it has become necessary for the law to step in and regain order.

If passed, President-elect Trump would be unable to take office until he has divested himself of all business holdings, meaning that he would give up all stakes and ownership in any and all of his companies.

For the wide-ranging businessman, this would be a major change.

The law would also enforce existing law which bars a president from accepting bribery while in office.

“The bill would also formally implement the Constitution’s Emoluments Clause, which bans government officials from receiving gifts or payments from foreign governments, by declaring the violation of financial conflict-of-interest laws and provisions by the president to be considered a high crime or misdemeanor punishable by impeachment.”

Trump has indicated in the past that he would likely divest most of his business interests, but there has so far been no evidence of this shift. If Warren’s legislation were to pass, Trump would need to act quickly to be within compliance.