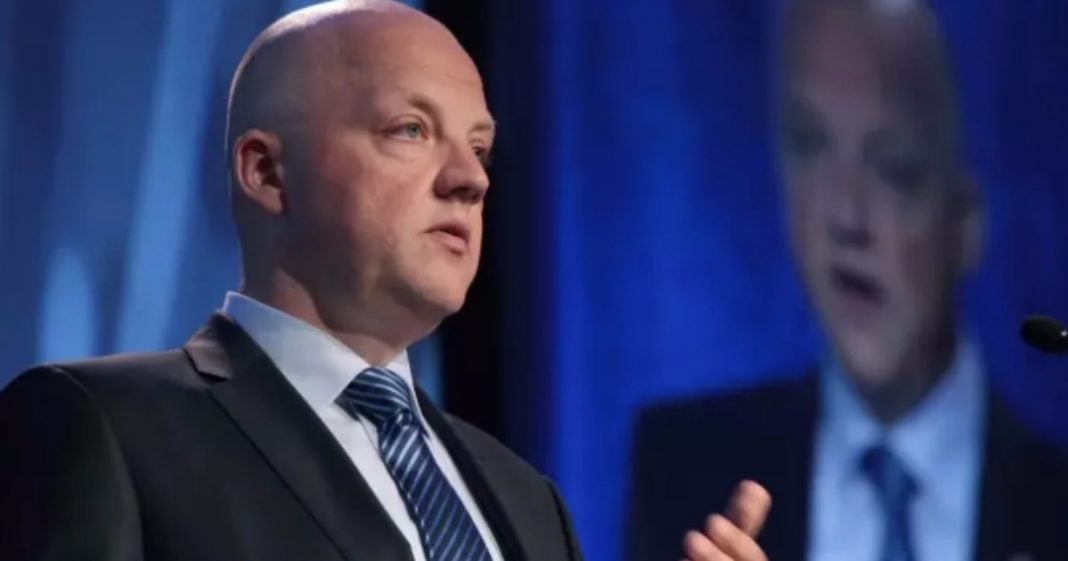 One of the big stories of 2015 was the infamous Volkswagen “diesel dupe,” the covert installation of a device designed to “cheat” emissions tests by engaging pollution controls only under test conditions while disengaging them during normal driving.

The reason: pollution controls reduce engine power and performance. The scandal led to a full on criminal investigation in the U.S. by federal authorities, resulting in two arrests so far. The most recent of which was Oliver Schmidt, head of VW’s U.S. regulatory compliance office who was arrested over the weekend.

Schmidt, a German national, was the executive in charge of making certain that VW vehicles were in compliance with U.S. emissions regulations. Schmidt was taken into custody this past weekend, and is being arraigned today. He faces charges of conspiracy to defraud the U.S. government.

Schmidt’s arrest is just the latest episode in the scandal, which started to surface early in 2014. That was when researchers at West Virginia University and the International Council on Clean Transportation (ICCT) began noting significant differences in emission level under testing and road conditions. They alerted the Environmental Protection Agency, which then launched its own investigation. What they found was a piece of software secretly programmed into the vehicles’ power train control module that enabled pollution controls only during emission testing, disabling them at all other times. This increased engine power and low-end torque, and gave credibility to VW’s marketing claim that their cars ran on “clean diesel.” Instead, these cars were putting out up to forty times the level of nitrous oxide (a major component of smog) allowed under the Clean Air Act. More than half a million VW and Audi vehicles equipped with the TDI diesel four-cylinder engine were affected.

In September 2015, a VW engineer working in California was arrested and pleaded guilty to charges of conspiracy to defraud the federal government as well as violations of the Clean Air Act. However, Schmidt’s arrest and arraignment marks a new phase in the ongoing investigation as upper-level executives are now under greater scrutiny.

U.S. prosecutors have been in Germany questioning VW executives for the past several months, but so far, Schmidt is the first to actually be arrested.

This all comes as VW prepares to reach a settlement with the Department of Justice, which involves pleading guilty to the charges and the payment of a $2 billion fine on top of almost $16 billion the company will be paying out in civil judgments. The deal will also allow VW owners to either sell their vehicles back to the company or have them repaired at the company’s expense.

Of course, VW is not the first car maker to get in trouble over issues with their products; Toyota paid a $1.2 billion fine in 2014 for concealing a defect that caused sudden, uncontrolled acceleration, while General Motors was fined $900 million for failing to correct an ignition switch problem that resulted in 120 deaths and hundreds of injuries.

However, neither of these “corporate people” were required to admit liability as part of the settlement. This time, a “corporate person” – VW – will have to own up to the criminal charges.