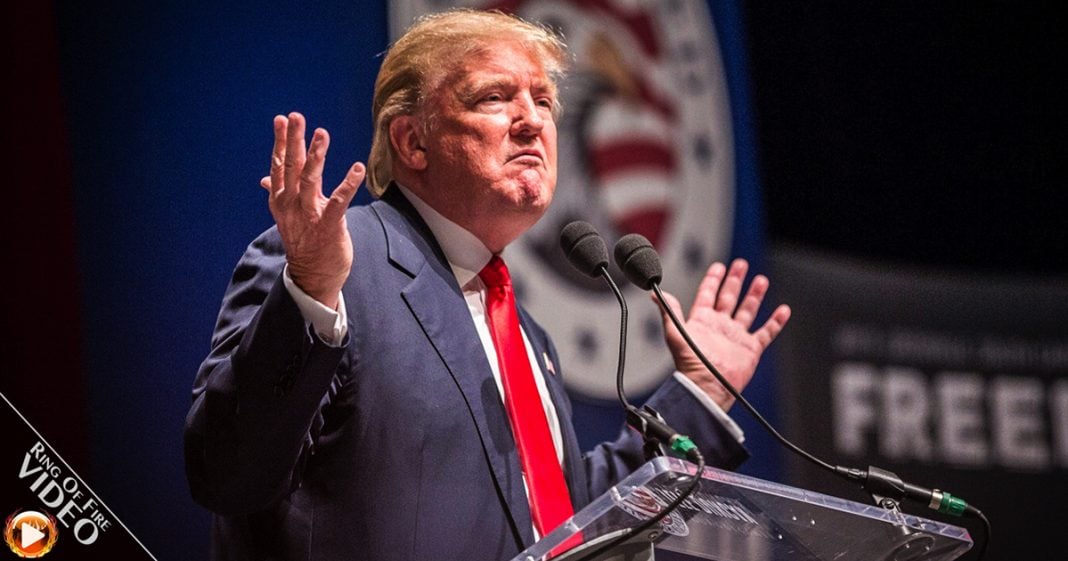 By ignoring the issue of climate change and threatening to pull the plug on federal funding for renewable energy programs, Donald Trump is effectively killing thousands of high-paying US jobs before they can even begin. The rest of the world is way ahead of the US on this issue, and Trump is about to send the US back to the Stone Age with his Neanderthal-like way of governing. Ring of Fire’s Farron Cousins discusses this.

Over the next three years, China is going to invest $360 billion into the production of renewable energy. This is going to go solar, wind, geothermal. They’re going to create hundreds of thousands of new jobs in the country with this $360 billion, and these are going to be high paying jobs to help get the country off of fossil fuels.

Think about that. That United States have been burning coal for energy since the 1700s. We haven’t evolved past that in 300 years? Come on. We have got to get with the rest of the world on this issue. Even under President Obama, things didn’t get much better. When we look at a country like China, who Donald Trump loves to talk about being this big, horrible entity, investing $360 billion into renewable energy in the next three years, yeah, we’re a little behind the curve now.

We wonder why the rest of the world sometimes laughs at us. We wonder why the rest of the world looks down on us. We wonder why we’re not the global leader that we used to be. It’s because we’re not taking things seriously anymore. All we want to talk about is the threat of global terrorism: ISIS, Al Qaeda, the Middle East in general. Oh God, we gotta them. Ignoring the fact that more people die around the globe each year from climate related illness and events.

Yet here we are. Climate change denier about to take the White House, packing it with people, the cabinet, directly from the oil industry. We are falling behind the rest of the world on this issue. It’s not only going to cost the environment, as this new report shows us, it’s going to cost us thousands of much needed, high-paying jobs in the United States.

These regulations that Donald Trump wants to kill have an economic benefit of about $45 billion. When he takes those away, that’s like taking $45 billion out of the treasury, out of the economy. Environmental protections are economic booms. Until the American public wakes up and understands that, they’re not going to care about the issue of climate change.

When they understand that the climate regulations, that investment in renewable energy directly affects their pocket book. Maybe at that point, as the waves are crashing around their ankles, maybe then they’ll wake up and realize that this is an economic, and environmental winner.