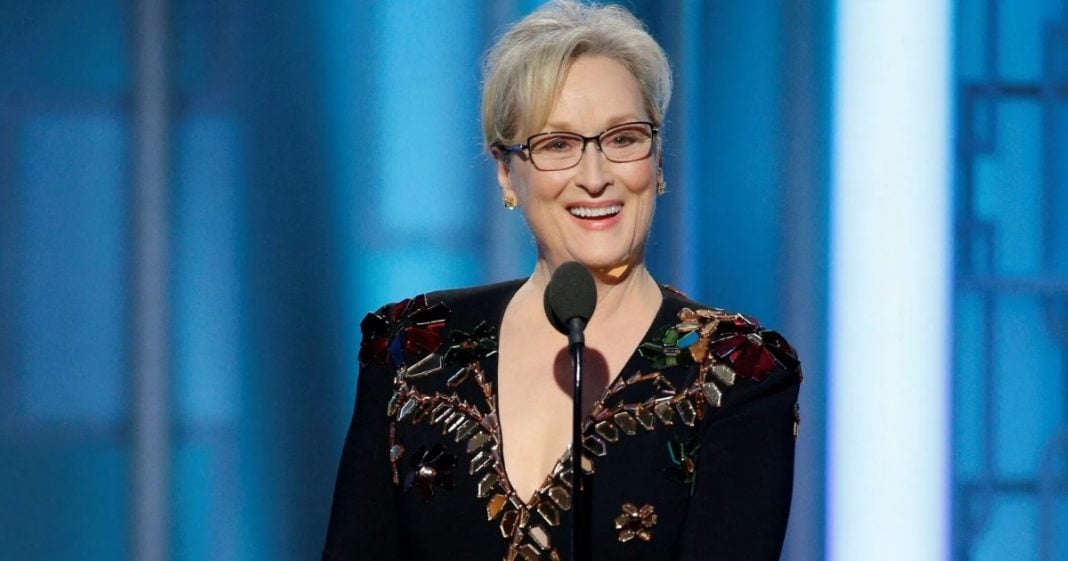 During Sunday Night’s Golden Globe Awards, celebrities gathered in a bedazzled ballroom to honor the best in film and television in a star-studded event. But as is often the case, some celebrities used their public platform not only to thank “the academy,” but also to offer some stern political commentary to the rapt audience.

One such vocal speaker was renowned actress Meryl Streep who ruffled some feathers when she called out the horrific politics of Donald Trump without saying his name a single time.

Streep was discussing the merit of film and television, saying that some of the most powerful advocacy is done by actors inhabiting another persons’ identity in order to showcase that identity to the audience.

Her discussion then segued to Trump, saying that the most upsetting and powerful performance she had seen in the last year wasn’t acting at all, but was the President-elect mocking a physically disabled reporter on a national stage.

In response to her rousing speech, Streep was personally attacked by the President-elect in yet another of his thin-skinned rants on Twitter in which he called her “one of the most over-rated actresses in Hollywood,” a clear lie.

Meryl Streep, one of the most over-rated actresses in Hollywood, doesn’t know me but attacked last night at the Golden Globes. She is a…..

At this point, there is no reason for Streep to respond to the childish soon-president. She has made her point, and he has shown once again just how sad and small he is.

Meryl Streep: “When the powerful use their position to bully others, we all lose” https://t.co/P8j4hbb8RL #GoldenGlobes pic.twitter.com/h0vcms9W0j