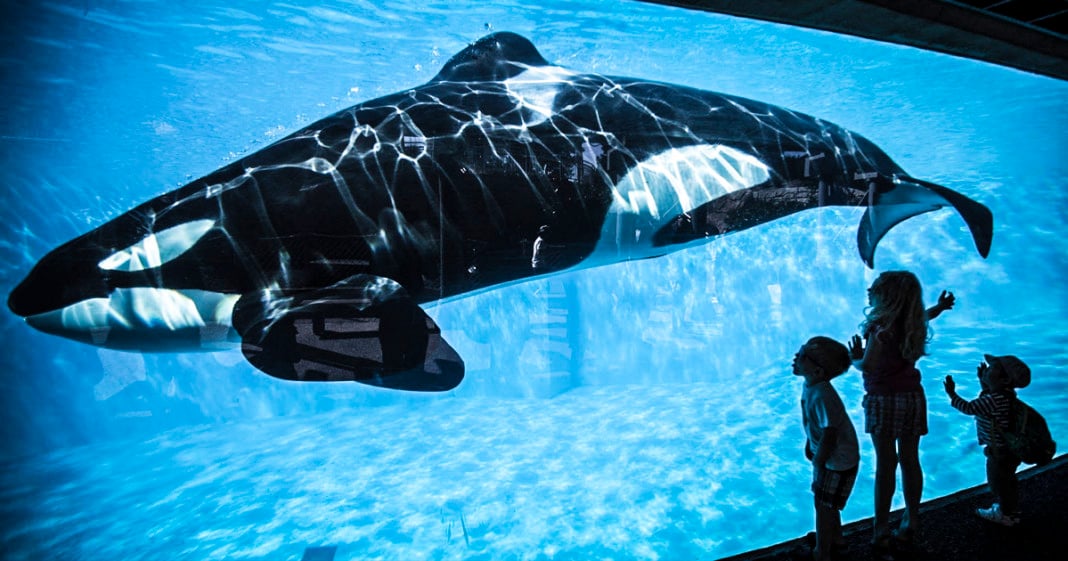 It has been a long time coming, but after today’s Sunday show at Sea World San Diego, the water park’s California attraction will no longer force its captive killer whales to perform in shows.

This final performance is thanks to work done by animal activists and the blockbuster expose documentary Blackfish, which drew national attention and scrutiny to Sea World’s business practices and treatment of its massive water mammals.

In response to a major revenue hit and continued negative press, Sea World announced months ago that they would be phasing out their captive killer whale program, the first step of which would be ending the killer whale shows as they currently exist, and as they have existed since the 1960s.

Though the shows have ended at the company’s San Diego location, a similar shift at Sea World’s Orlando and San Antonio is being postponed until 2019.

Sea World previously announced that it would end its killer whale breeding program and says that when the final whale dies in their captive tanks, they will no longer host the mammal.

The next step is for Sea World to continue featuring their existing killer whales in more nature-oriented exhibits, showcasing behavior the whales might use and display in the wild in educational programs for the public. By doing this, Sea World hopes to continue turning a profit at the whale’s expense, but without the dangerous and exploitative nature of the current show program.

This step forward represents another significant leap in animal welfare in the U.S.. Much like the Barnum & Bailey’s canceled elephant performance program, this ending of the whale’s leaping and diving show at the San Diego Sea World signals a shift in the way that Americans view and respect the intelligent giants among us.