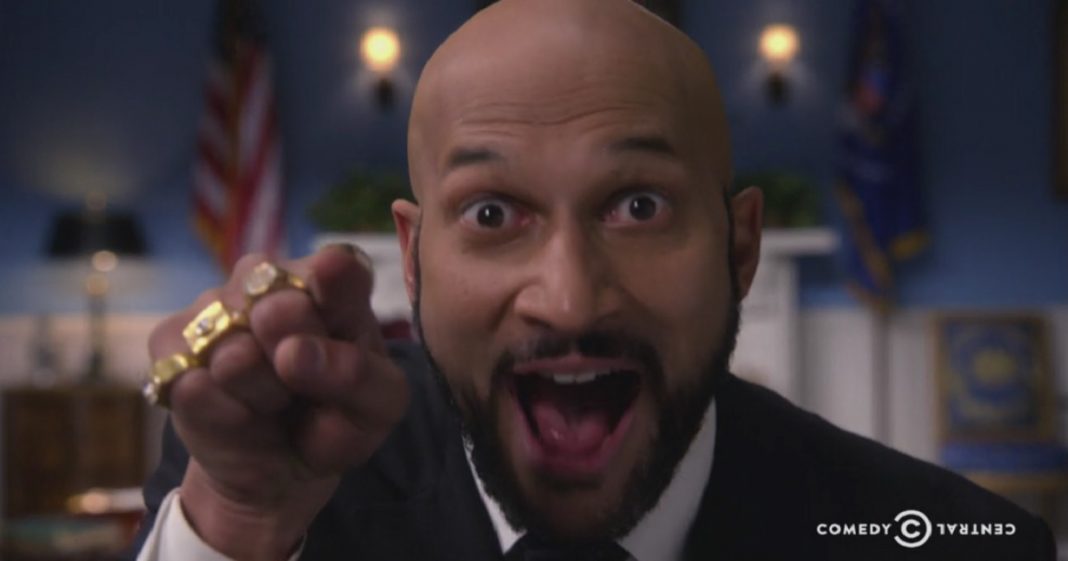 Throughout the last several years, comedy duo Keegan-Michael Key and Jordan Peele have continued a hilarious skit which sought to translate President Obama’s perma-cool personality into the true angry meaning he suppresses.

The sketches were an instant hit, and Luther, Obama’s “anger translator” was so successful that he was even called up to translate the anger of the real Obama during an event last year.

On The Daily Show earlier this week, the duo brought the sketch to life one last time to commemorate President Obama’s final days in office. Appearing even more angry than ever before in light of the most recent circumstances, Luther went off spectacularly.

“How did this happen? Y’all gonna vote for a man who makes America hate again. Don’t you understand? This is how The Hunger Games starts.”

Luther continued to admonish the audience for their election choice before going off on the electoral college and then reflecting on Obama’s eight years in office.

Finally, Luther wished America good luck with its healthcare before declaring that he was going to be keeping an eye on Trump.

“I got my eye on you, pussy-grabber!”