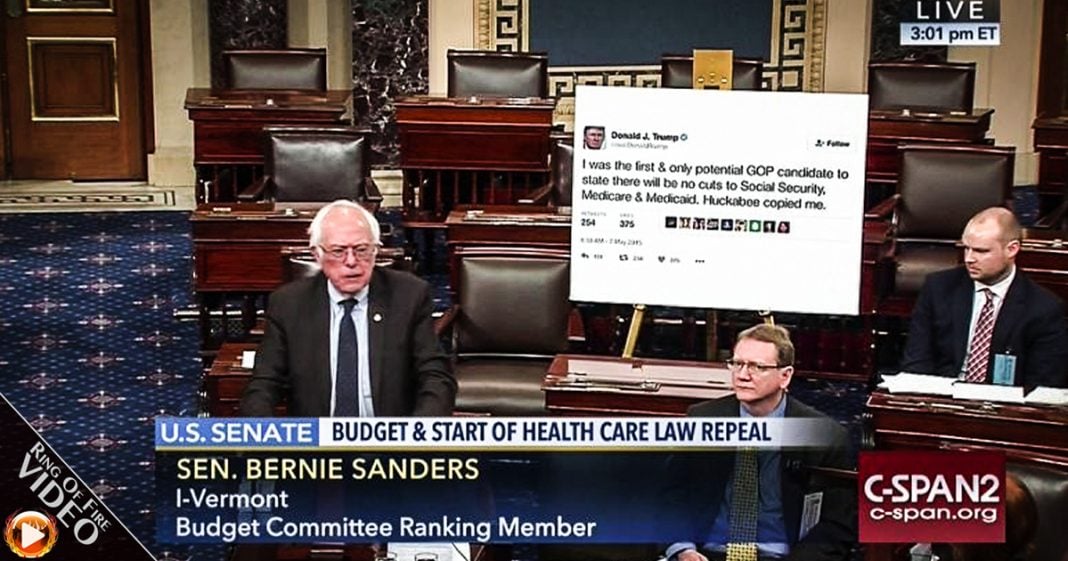 If there’s anything the internet loves more than their beloved Bernie Sanders, it is Bernie doing something just a little bit kooky and out of the ordinary. Which is why on Wednesday when Senator Sanders was photographed using a giant blown-up image of a Donald Trump tweet as a visual aid on the Senate floor, the internet went a bit bananas.