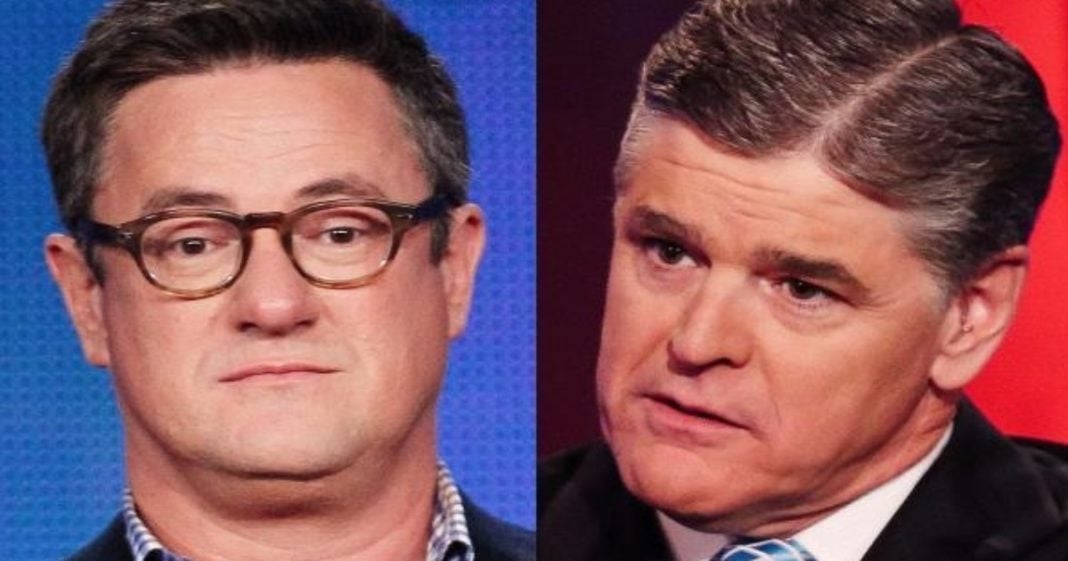 In the world of Twitter, big egos and even bigger tempers often collide, which appears to have been the case on Friday when Right-wing starlet Sean Hannity publicly clashed with “Morning Joe” host Joe Scarborough and made a serious claim about his professional life.

Scarborough was feuding (as usual) with fellow reporters when Fox host Hannity called him out – apparently for no particular reason – and accused him of asking Fox News for a position on their network without the knowledge of his current employer, MSNBC.

Joe, Is it a betrayal and repulsive that you keep asking Fox to hire you without telling your current employer? https://t.co/jQ6FEjH8gJ

Of course, anyone who has ever moved from one job to another knows that it is no crime to begin shopping around for your next gig before leaving your current one. In fact, it is considered a smart practice to do so.

And yet, the accusation from Hannity is a damning one.

Scarborough, a long-time Conservative, has served as right-wing king of the MSNBC network for quite some time. In the wake of the election, “Morning Joe” showed fantastic ratings, despite its hokey content and near-constant Trump worship. Ruling over the once-liberal network with an iron fist, Scarborough should have seemed content to remain at the network for quite some time.

But it is possible that with the Megyn Kelly exodus from Fox to NBC, Scarborough saw a gap in the network he believed only he could fill.

Of course, all of this speculation is reliant on the words of a man we don’t often trust. This is especially important to note since Scarborough has yet to respond to Hannity’s accusations.

Additionally, the entire stream of tweets from Hannity seemed especially Trump-esque, another Twitter user who often doesn’t tell the truth.

Still, one thing is certain: Twitter is especially shady today, and those who enjoy infighting among extreme conservatives should grab their popcorn.