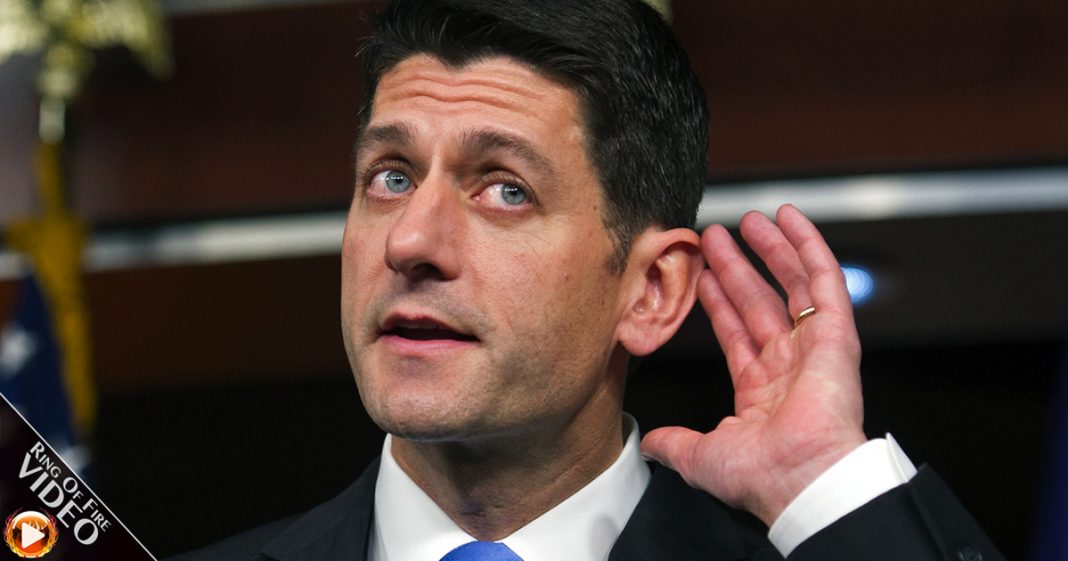 In their quest to repeal Obamacare, House Republicans may have gotten a bit too greedy. By including provisions that completely cut funding for Planned Parenthood, they’ve lost a lot of support from moderate Republicans, and that’s good news. Ring of Fire’s Farron Cousins discusses this.

They say that pride comes before a fall, but in the case of the modern-day Republican Party, it isn’t necessarily pride, it’s more greed. See, right now Republicans do have the votes in both the House and the Senate to repeal certain parts of Obamacare. They have laid out that plan. They’re going to use the Byrd Rule to tie it into funding bills, reconciliation, all that mumbo jumbo that they’re talking about.

Here’s where they got greedy. They new they could do that, so they’ve decided, “You know what? Let’s go a step further. Let’s not just repeal tax subsidies for Obamacare, let’s go ahead and defund all of Planned Parenthood.” That’s what Paul Ryan has decided to include in this repeal of Obamacare in this reconciliation bill that they’re currently drafting, is a complete defunding of Planned Parenthood.

This is just another extension of the GOPs long waging war on women, because that’s what this is about. Ninety-seven percent of Planned Parenthood services are just for health services for women who do not either have other forms of health insurance or cannot afford to go to other doctors. This is healthcare for low income women throughout the United States. Less than 3%, that other 3%, goes for pregnancy termination services, things like that. Republicans, in their minds, think that 100% of Planned Parenthood’s activities are just abortions. It’s just some abortion multiplex that we have to shut down. Nothing could be further from the truth. They just don’t want women, low income women, to have any kind of healthcare in this country. That’s why they’re getting rid of Obamacare. That’s why they’re getting rid of Planned Parenthood.

Now, it’s true that in the past, Lisa Makowski voted for defunding Planned Parenthood as part of a repeal Obamacare package. That package went to President Obama, he promptly vetoed it. Republicans knew that he was going to do that. See, at the time it was a way for Makowski to play both sides. She could go back to her constituents and say, “Yes. Look. I voted. I voted with the Republicans to defund, uh, Planned Parenthood, and, and, repeal Obamacare, so reelect me.” She doesn’t have that cushion anymore. She knew it wouldn’t pass. Now, she knows it will pass if she goes along with it, so she’s much more hesitant to do so. Same thing with Susan Collins.

Again, this all comes down to Republican arrogance and greed. It’s the story of Icarus. These Republicans are flying to close to the sun, and they’re falling back to earth dramatically. This is after four days. Four days ago they came up with a plan to repeal Obamacare, that hey, actually kind of worked for them. Would have been horrible for the country, but it worked for Republicans. Within four days they got so damned greedy that they screwed their entire plan. The plan they have been working on for eight years, and it’s all because of Republican greed and stupidity.