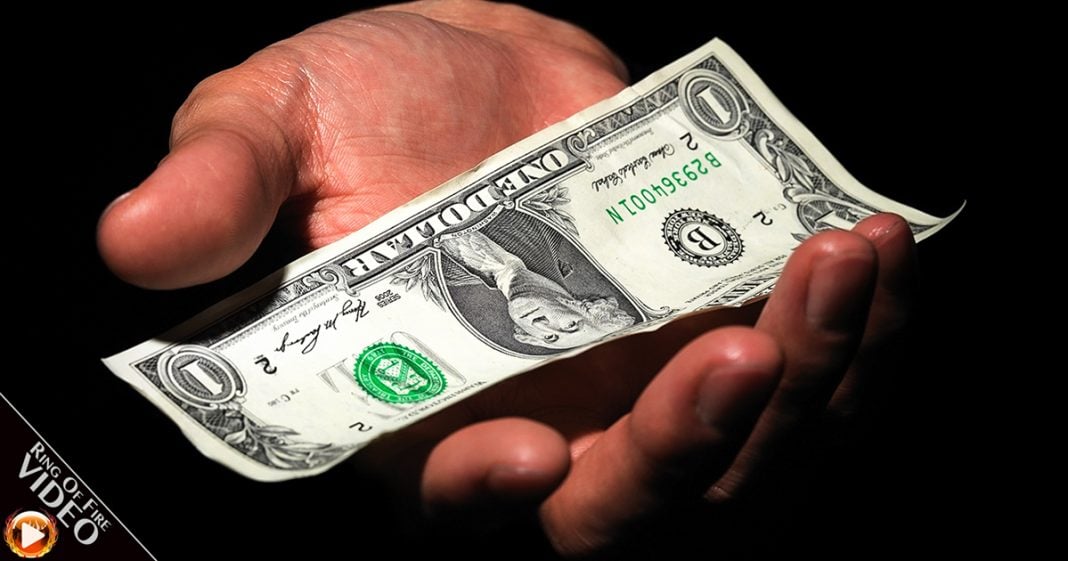 House Republicans have reinstated The Holman Rule – an obscure rule that allows them to target a specific federal worker’s pay and reduce it to as low as $1. Their motives remain unclear, but Trump’s witch hunt for people working on issues like climate change and gender equality is likely related. Ring of Fire’s Farron Cousins discusses this.

Republicans in the US House of Representatives this week re-instituted some sort of obscure rule from 1876. That rule, known as the Holman rule, actually allows congresspeople to limit the pay of any specific federal worker to as low as $1. Now, the reason that they’re doing this is unclear. They’ve included this new rule, they’ve re-instituted it, so it is going to take effect. Again, it will allow them to target any specific person or a specific department and lower their pay to whatever they choose. They just can’t go lower than $1.

Now civil servants across the country, especially those in Maryland, working in Washington, DC, are terrified of this. We have 2.1 million civil service workers within the United States today. 2.1 million people are now terrified because any single Republican can add to any kind of appropriations bill the language to target a specific worker, by name if they choose to, and lower their pay or cut their pay.

Here’s why this is terrifying right now. Why would Republicans suddenly decide to do this? Why would they want to target individual people by name? Think about the fact that right now the incoming Trump administration wants individual names of people. They asked the energy department who are the names of the scientists in your department working on anything related to climate change? Who are the employees working on anything related to climate change? And what is their salary?

They’re doing the same thing in other departments with people who worked on gender equality projects. They want their names and they want their salaries. Now, suddenly, the House of Representatives have given themselves the power to target somebody by name and lower their salary.

This is terrifying stuff, folks, and this is what is going on right now in the United States of America. You’re not hearing corporate media talk about this because they can’t explain it in simple terms. They don’t even understand it. To be honest, it’s not a sensational story that’s going to grab a bunch of eyeballs and bring in a bunch of advertisers, but it’s terrifying.

The 2.1 million civil service workers in the United States right now are scared for their future. They don’t know if one month from now they’re still going to have a job. It’s very likely the the Republicans are going to reduce their pay to the point that it’s no longer economically reasonable for them to keep these jobs, and they’re going to move on. That’s the point.

The Republicans, including Donald Trump, want to be able to retaliate against anyone who has worked on any kind of government project that they disagree with. That includes climate change, that includes gender equality projects. We’re probably going to see it with social justice workers. Things like that. Anyone who Republicans don’t like, they can now make your life a living hell. Unfortunately, because of this Holman rule, it’s perfectly legal.