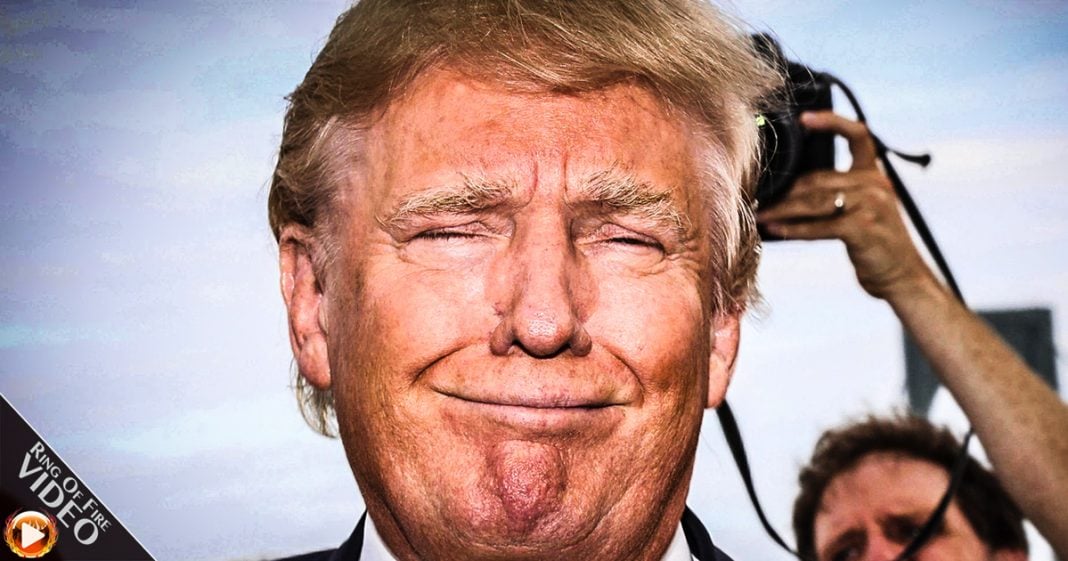 Before he even gets sworn in, Donald Trump has backed off his most ambitious campaign promise to build a border wall and have Mexico pay for it. Now he’s telling us that Congress, which means taxpayers, will be the ones paying for this wall, but he’s pretty sure Mexico is going to pay us back… Ring of Fire’s Farron Cousins discusses this.

As it turns out, Donald Trump has already backtracked on his single biggest campaign promise during the 2016 election. That promise obviously was that, not only is he going to build this border wall between the US and Mexico, but Mexico were going to be the ones to pay for it. As it turns out, Trump has actually asked congress to go ahead and pay for it and we all know what that means. It’s not like congress has set up some sort of GoFundMe account to pay for this border wall. They’re going to take that money directly from the US treasury which is money that we as taxpayers paid into the US government.

To put it in simpler terms, Donald Trump is going to make US taxpayers pay for his idiotic border wall, but don’t worry. According to something that Donald Trump tweeted out, he tells us that, “Hey. Mexico’s eventually going to pay us back for this wall.” Now first of all, why would Mexico pay us back? Donald Trump has absolutely no agreement with the Mexican government to even pay for this wall to begin with, let alone pay us back if we front the money to pay for it. That is just idiotic. Second of all, why would Mexico care if we even have a wall? It’s not their concern. It’s something the Republicans are concerned about.

Donald Trump’s wall is not going to be built and here’s why. Republicans in the house are already trying to tie border wall construction funding into an April appropriations bill. What’s going to happen is that the Democrats are not going to allow this bill to move forward with border wall construction included in it. Republicans know that. They know that they don’t have a chance to get this border wall constructed, but they’re tying it to the appropriations bill because they want the Democrats to shut down the government and feel the same repercussion that the Republican party felt in 2014. Unfortunately for Republicans, they forget that they actually didn’t suffer any repercussions for shutting down the government for 16 days in 2014.

The Democrats really at this point have nothing to lose. Even if they do manage to shut down the government, which I will say obviously very bad for the economy, very bad for federal workers, that’s still 18 months at least before the next election. You know what’s going to happen in those 18 months? Everything. American voters unfortunately don’t have a very long attention span, so something that happened a year and a half ago isn’t going to effect the 2020 elections or the 2018 mid-term elections, and when you’re talking about something as idiotic as construction of a border wall, I don’t think the American public’s going to be too angry that the Democrats don’t let the Republicans rob our tax dollars to pay for Donald Trump’s stupid wall.

Go ahead republicans. Do what you think is going to work out in your best interest because I can promise you right now, there is no good outcome from this new plan to have taxpayers pay your border wall and you guys are going to be the ones who pay for it politically.