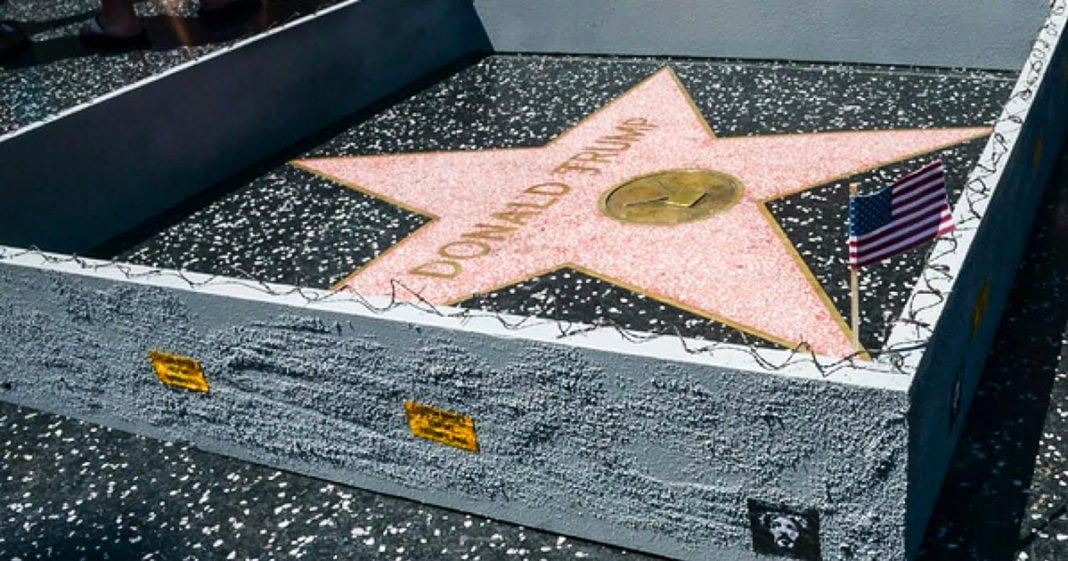 Walking back the most infamous of his many campaign promises on Thursday, President-elect Trump appears to have shifted his demand that Mexico pay for his proposed border wall and instead is calling on Congress to find the funding.

As anyone who has seen a Trump rally can attest, one of the most bizarre moments of the entire events were when Trump did a call-and-response segment where he declared “We’re gonna build a wall, and who’s gonna pay for it?” before the audience shouted back in unison, “MEXICO.”

But this appears to be yet another broken promise to his parroting devotees.

Though Trump has let go of the most buzzword-y part of his wall promise, plans to go forward on building the wall are going full speed ahead. The GOP is looking at a law from 2006, which was passed by George W. Bush and never fully implemented.

Instead, Trump’s team and the House GOP is searching for another way to fund the planned wall, saying that they intend to shut down the government if needed to make it happen.

Of course, Republicans’ plan to build the wall, while prejudiced, has been supported in the past by Democratic party leaders Barack Obama and Chuck Schumer, as well as failed presidential candidate Hillary Clinton. Having this on record, it will be much harder to oppose Trump’s policy proposal when it comes down to a vote.

It appears that this may be one campaign demand that Trump may succeed in putting into practice, and by doing so, will further alienate and endanger our southern neighbors.

Despite this, Trump has once again proved himself a liar by not succeeding in forcing that same southern nation into paying for the wall. If Trump wants to block out the world, it’s going to come at the expense of the American taxpayer – may they never forget it.