When the clock struck midnight for 2017, several states across the nation implemented wage hikes for minimum wage employees, anywhere from a modest increase to the new national high.

Despite opponents who oppose the minimum wage and its increase, business owners can likely expect to see a boost to business, as was observed during similar wage hikes in 2014.

A popular fast food chain Wetzel’s Pretzels reported on Tuesday that each time that California raises the minimum wage, the company sees a major uptick in profits.

Wetzel’s Pretzels CEO Bill Phelps was responding to the latest of wage increases when he said that though business owners may be apprehensive about the minimum wage, each increase only helps businesses.

“Like most business people I was concerned about it,” said Phelps. But when the 2014 minimum wage increase was put into place?

“I was shocked. I was stunned by the business.”

Individual owners of Wetzel’s stores also report an increase in sales which seem to correlate to minimum wage increases.

Though many who oppose minimum wage increases like to say that it will directly correspond to a raise in prices for products, that has been proven more than once not to be the case. We can hope that these 2017 wage hikes which were just implemented will soon have a direct result on the economy as well. 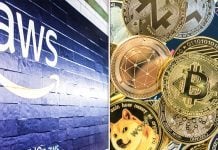