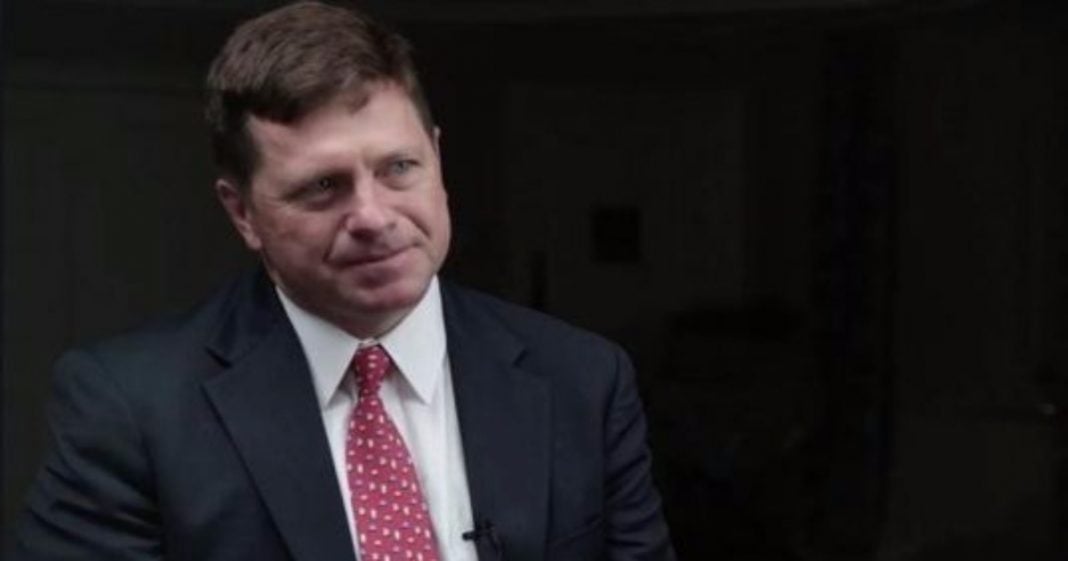 Considering Trump’s other choices for key positions in his Administration, it should come as no surprise that his pick to oversee the Securities and Exchange Commission (SEC) is yet another Wall Street insider. That person in none other than Mr. Jay Clayton, a corporate attorney who was right at the center of the Great Wall Street Bailout of 2008.

Clayton, who also provided advice and assistance to Goldman-Sachs when it came to that company’s taxpayer-funded government bailout package, was quite busy during the crisis eight years ago defending the financial “services” industry from allegations of wrongdoing.

Now, unless Democrats in Congress decide to get a backbone and stand up against this nominee, this same man will be in charge of the federal agency responsible for policing the financial services industry and holding it accountable.

Functions of the SEC include investigations of financial fraud and enforcement of regulations that ensure a level playing field for all investors – including working folks saving for retirement. Those pesky regulations are exactly what Clayton has a problem with.

As his would-be handler told CNN, “We need to undo many regulations which have stifled investment in American businesses, and restore oversight of the financial industry in a way that does not harm American workers.”

Where have we heard that before?

“Mr. Clayton’s selection is great news if you happen to run a big bank or manage a hedge fund – but you’re out of luck if you want to see tough rules on Wall Street and bankers held accountable when they break the law.”

Clayton is currently a partner at the law firm of Sullivan & Cromwell, which has represented BP against securities issues related to the 2010 Deepwater Horizon disaster, as well as Goldman-Sachs, JP Morgon, Barclays and First Horizon – all of which either underwrote or issued hundreds of fraudulent mortgage-backed securities, leading to the subprime collapse in 2008.

Clayton himself served as counsel to Bear Stearns after that investment bank collapsed under the weight of its toxic loans as it was sold to JP Morgan. And that’s just scratching the surface of his impressive curriculum vita.

The bottom line: Clayton has always been on the side of Wall Street. He says he wants to “balance” oversight with what he thinks will be best for the U.S. economy. If his nomination is confirmed, he says the SEC “will carefully monitor our financial sector” while setting “policy that encourages American companies to do what they do best: create jobs.”

Again, we’ve heard this before.

One definition of insanity is doing the same thing over and over again, expecting different results. By that definition, Trump’s pick for head of the SEC is definitely insane (but what else is new?)