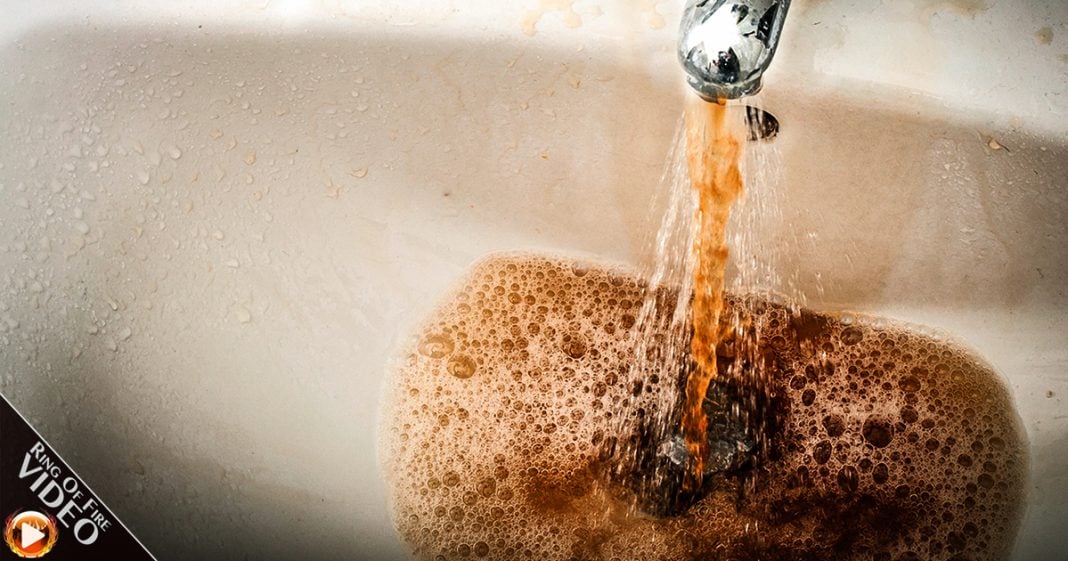 With thousands of water systems in the United States testing positive for higher-than-allowable levels of lead and other contaminants, clean water has become a luxury in the United States. Even worse, this story doesn’t appear to be bothering too many people and the corporate media is completely ignoring it. Ring of Fire’s Farron Cousins discusses this.

As we discussed a couple weeks ago, Reuters recently reported that there are over 3,000 areas in the United States where the water contamination level, specifically with lead contamination, is actually higher than that of Flint, Michigan. Flint, Michigan obviously has been in the news for over a year with their dangerous high levels of lead, and here we find out a year later there are over 3,000 places in the United States where the water is actually worse. What this means is that today, 2017 in the United States of America, clean, uncontaminated drinking water has become a luxury. Something that not all of us have access to. This has become a third world America. This is not a country that cares about its citizens anymore. This isn’t a country that does whatever it can to ensure that we have the basics of life available to us like water, and food. They don’t care anymore.

The parallels between what’s happening today in the United States versus what’s happening over in third world countries are just unbelievable. Over 3,000 areas with unacceptable, dangerous levels of not just lead, but other contaminants. Asphalt runoff in some areas is contaminating the water and making it dangerous for citizens to drink it if it’s not properly filtered. Fertilizers, pesticides, chemicals from refineries leeching into the drinking water and poisoning American citizens. Again, this isn’t something that happens in affluent neighborhoods. It’s not something that the 1% have to worry about. It’s just something that the rest of us have to deal with.

Point of fact here: Where I’m sitting right now in the city of Pensacola, Florida, for two years, I believe it was 2012 and 2013, this city was actually rated as having the most contaminated drinking water in these United States. Yeah, it’s good that we’re paying attention to what’s happening in Flint, Michigan, because that contamination specifically was caused by Republican incompetence and the result of what happens when you try to run government like a business, like Donald Trump’s about to try to do. But we have to pay attention to all of them. Furthermore, there has to be outrage. We don’t have clean water, as allegedly the most powerful, most affluent country in the world. That’s pathetic. What’s even more pathetic is that the corporate-controlled media is not talking about this. They’re not talking about the fact that Nestle just went into Michigan and took about three billion bottles worth of water out of the state. That was clean water that could have gone to residents in Flint, Michigan, who by the way, still don’t have clean water. They let Nestle come in, these corporations just take all the clean water they want. They did the same thing in California when that state was suffering the worst drought in modern history.