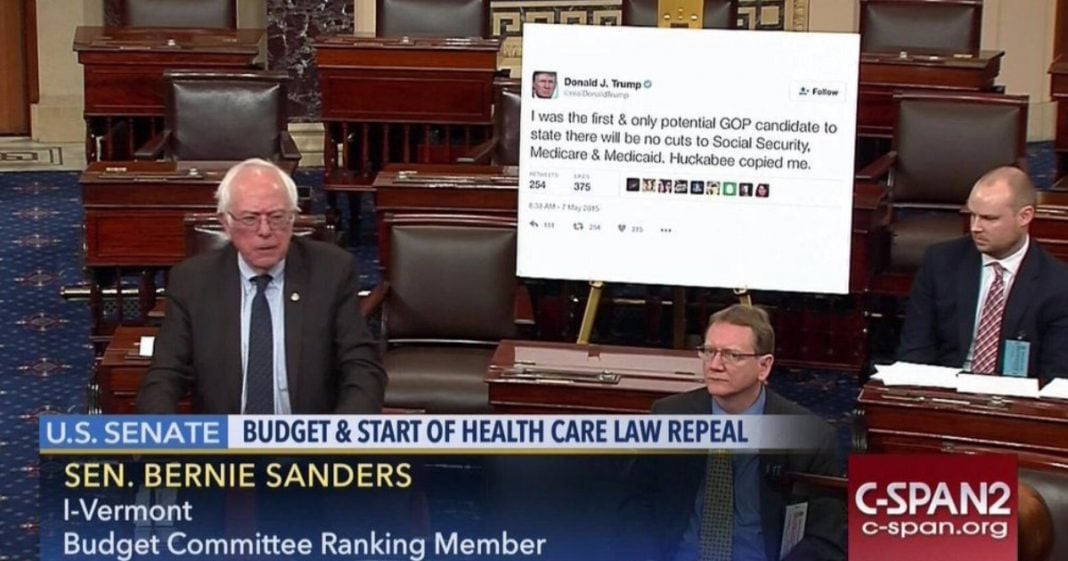 If there’s anything the internet loves more than their beloved Bernie Sanders, it is Bernie doing something just a little bit kooky and out of the ordinary.

Which is why on Wednesday when Senator Sanders was photographed using a giant blown-up image of a Donald Trump tweet as a visual aid on the Senate floor, the internet went a bit bananas.

But though the image is a bit funny, the substance of Sanders’ argument is not; the tweet that Sanders chose to feature on the Senate floor on Wednesday was one in which Trump said in May of 2015 that said he would make no cuts to Social Security, Medicare, or Medicaid.

The childish tweet declared that Trump was the first GOP candidate to make such a promise, and in fact that fellow GOP candidate Mike Huckabee had “copied” him.

But now that the Republican party has sunk its claws into Trump’s plushy flesh, it appears he has no intention of keeping his promise. Sanders is intent on publicly pressuring Trump into keeping his initial promise, no matter how much theater and public displays he has to make.