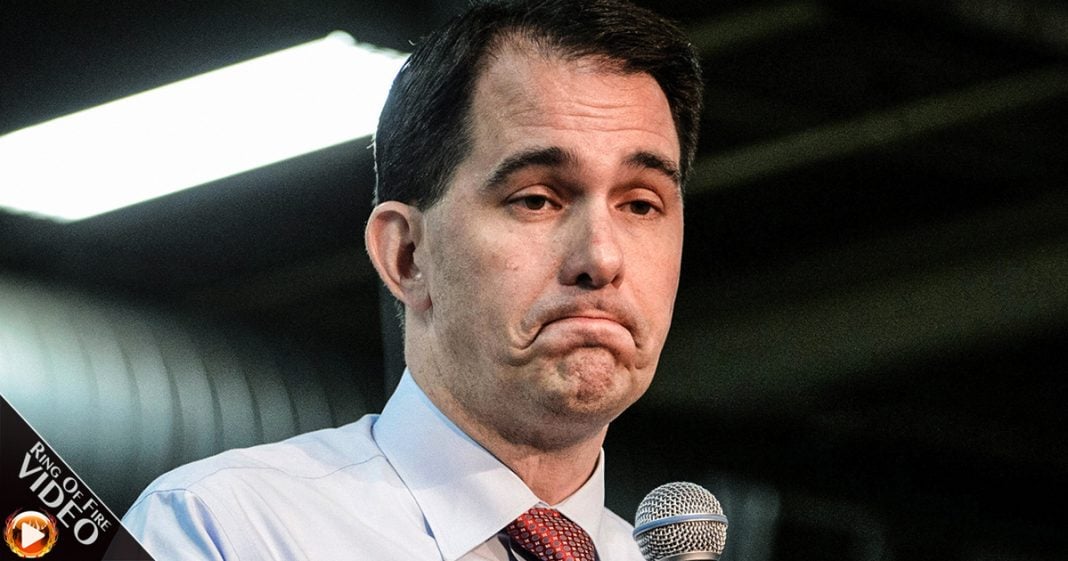 Republicans in America feel a renewed sense of entitlement following the 2016 elections, and not being content with their victories, they’ve decided to enact preemption laws across the country to prevent progressive cities from being able to enact consumer-friendly legislation. Ring of Fire’s Farron Cousins discusses this.

The 2016 elections in the United States were very, very big for the Republican party. They essentially won across the board, not just at the federal level, taking back a couple state legislatures that they haven’t controlled in decades including a few state governorships that they previously did not hold. The majority of this country right now is under Republican rule at the state level, and the entire country at the federal level and including the judiciary is under Republican rule.

Republicans are never content to just win an election. They’ve got to try to rub it in a little bit. That’s exactly what these Republican controlled state legislatures are working on today. It’s a little thing they like to call preemption, but what it means is that they are going to pass laws at the state level preventing any cities or municipalities from passing any form of progressive legislation that actually helps local populations. For example, Wisconsin right now is trying to pass a law that’s going to prevent cities from raising their minimum wage beyond that of the state. We’re seeing this also happening in Michigan. The state of Ohio is trying to do it as well. Three Republican controlled states trying to prevent individual cities from deciding what they can do in their own jurisdictions. Deciding, the voters deciding that they want higher wages for minimum wage workers. A Republican governor or Republican legislature telling them “You can not do that.”

It’s very similar to what we saw in Denton, Texas following the 2014 referendum where the town voted to ban fracking. The state legislature later came in and said, “Uh yeah, we’re going to make a law that says states actually can’t do that or cities, sorry, actually can’t do that.” They are taking the will of the voters in individual cities, which actually tend to be a lot more progressive than overall total states, and they are saying “You can’t be progressive! You can’t pass these laws to make the water in your city a little bit cleaner, to make the air in your city a little bit cleaner, to help the workers in your city make a little bit more money so that we can pull them out of poverty. You can’t do that!” Why? Because we are spiteful, whiny, little petulant children in the GOP.

That’s what this is about, and it’s about giving huge gifts to corporations as they always do. That’s the only reason for them to be opposed to anything like a fracking ban or a minimum wage increase because we know fracking bans help protect water supplies. We know that banning fracking will help prevent earthquakes. We know that raising the minimum wage not only helps the workers and local economy as a whole, it actually helps the corporations in the long term, but Republicans don’t care about that because this actually has less to do with massive giveaways to corporations and more to do with turning this entire country into little, mini dictatorships, where nobody registered as a Democrat or anybody who calls themselves a Liberal or a Progressive has any power whatsoever.

That’s what they are trying to do here. That’s the only thing that this is about. This is about a massive power grab by a disgusting group of human beings who some how manage to fail upwards to the point that they’re in these positions of power. All we can do at this point is fight back, that is all we have left is to stand up, talk about these issues, and not let them die. Then in two years when we finally have midterms, we get these bums out of office.