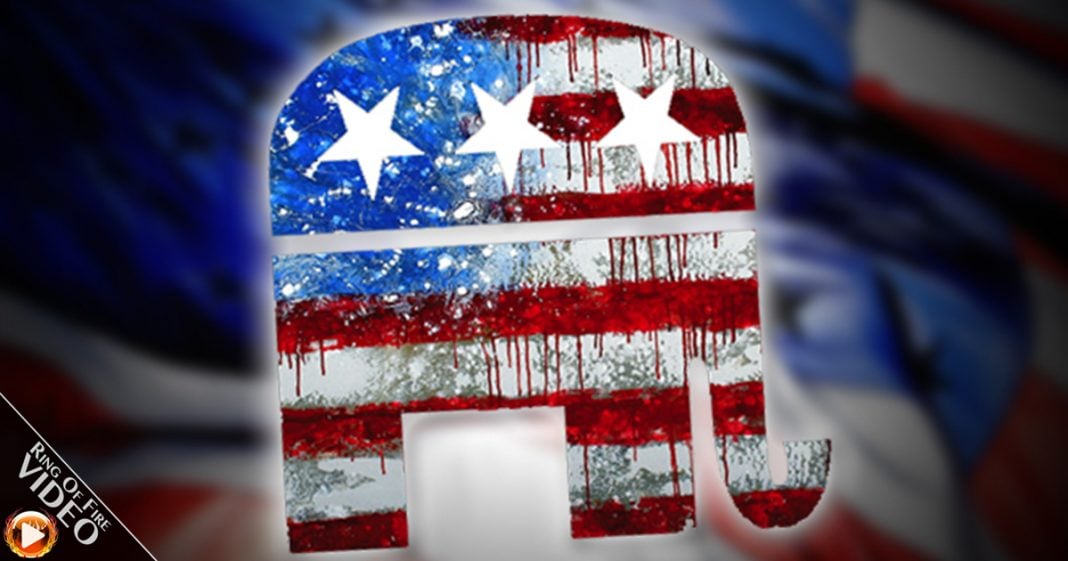 Republicans in the House of Representatives have unveiled a plan to make sure that life-saving regulations enacted by the Obama administration become ancient history the day Donald Trump gets sworn in. This means that protections against Wall Street corruption, environmental destruction, and worker safety will be out the door in just a few weeks, to the benefit of corporate America. Ring of Fire’s Farron Cousins discusses this.

The Republican Congress in Washington DC has wasted absolutely no time to try to undermine the entire Obama presidency after being sworn in just a few days ago. Now, their latest little ploy, after attempting and failing to destroy an outside ethics committee, they’re now trying to undo almost every single regulation that was passed, proposed or drafted during the Obama administration. That ranges everything from Wall Street regulations to environmental safeguards.

What they’re trying to do through a law known as the Congressional Review Act, is prevent the president from signing any regulations that they call the midnight hour, the last days or hours of the Obama administration. If he does that, under this Congressional Review Act, these regulations will have to be approved by a simple up or down vote by both the House and the Senate. Republicans control both the House and the Senate so these regulations will die on the spot.

That’s not good enough for them. What they’re doing is making this retroactive, any law passed or regulation passed since May 2016 could easily be repealed now by Republican House and Republican Senate. Here’s the problem with that. We had a lot of regulations that came out from the Dodd-Frank Act following the 2007-2009 economic meltdown and all the banking scandals. Most of those laws have not gone into effect yet. Some of them have only been in effect for a few months. All of that, all of those regulations, most of Dodd-Frank because it has not gone into effect or just went into effect, would effectively be killed by this Republican controlled legislature immediately, the day that Donald Trump takes office.

The facts of the matter are clear. Regulations, be it on Wall Street, on the environment, on OSHA, protecting workers, they create economic booms in the United States. Nothing more so than environmental regulations. Here’s why, and this is what people don’t understand. When you create new regulations, you have to hire people to enforce them. Those people then get a paycheck. That paycheck then gets spent in the economy. Not to mention the fact of protecting workers’ health, protecting financial security increases the lifespan of a human being. Over that person’s lifespan, guess what they do for the economy? They spend more money.

I don’t know if Republicans are aware of this, but dead people don’t spend money. If you want the economy to keep going, if you want things to keep working properly, protect the people that are actually out there spending money and creating these economic benefits. That’s what you have to do, but Republicans don’t care. They don’t understand it. They can’t understand basic economics. It’s the party that brought us trickle down economics, a party that still to this day is trying to bring us trickle down economics. They’re not smart enough to get it, but we are, and that’s why once again we got to fight back. We have to throw these numbers in the faces of every single Republican every time they bring up the fact that they want to kill a regulation. Regulations create jobs. Regulations help the economy, but most importantly, regulations keep people alive.